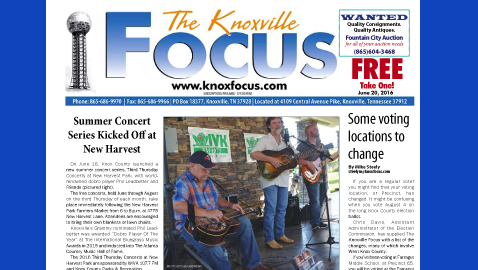 The free concerts, held June through August on the third Thursday of each month, take place immediately following the New Harvest Park Farmers Market from 6 to 8 p.m. at 4775 New Harvest Lane. Attendees are encouraged to bring their own blankets or lawn chairs.

Knoxville’s Grammy nominated Phil Leadbetter was awarded “Dobro Player Of The Year” at The International Bluegrass Music Awards in 2015 and inducted into The Atlanta Country Music Hall of Fame.