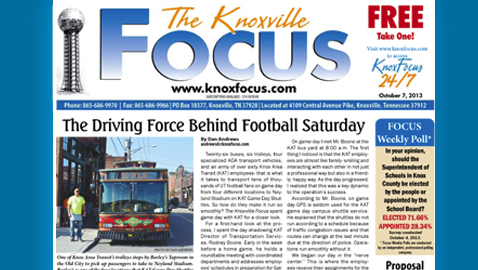 The Civil War comes to life

One hundred and fifty years ago a bloody battle took place in Knoxville and on October 10, 11, 12 and 13, thousands of re-enactors and history-minded visitors will gather on a hillside near Corryton to relive the Battle of Fort Sanders and the Battle of Campbell Station.

The year was 1863 and the Union Army had marched into Knoxville through cheering crowds as the occupying Confederates fled south, drawn out of the area and into the war raging around Chattanooga. The positions the Confederates held, including an earthen fort named Fort Loudon, were occupied and fortified by the Northern force. In the early fall of that year the Confederates attempted to retake the city and again control East Tennessee, but the Union forces were ready.

Unknown to the Southern Army the Union forces had taken Fort Loudoun and deepened the trench around the fort. A deep trench now protected the position there and it wasn’t until the Rebel forces charged the position that they learned it was impossible to climb the dirt wall. By the end of the brief charge the trench was full with Confederate dead and wounded one on top of another.

On a hill in Corryton one bastion of the earth fort, including the trench, was rebuilt to scale a few years ago and this weekend the forces relive the attack. In a valley nearby the two sides will also face off and relive the Battle of Campbell’s Station. The event draws thousands of visitors, re-enactors, vendors, and guests.

Preparations are underway now as participants arrive, set up camp, open tents, set the cannons in place, and await the first day. The site opens Thursday to school groups. On Friday the site, just off Washington Pike, has several speakers, a brass band, an address by Knox County Mayor Tim Burchett, a march-in-review with both armies, and a proclamation recognizing the 150th Anniversary.

A schedule of all the events is available at www.battleoffortsanders.com.

At 2 p.m. on Saturday the re-enactment of Battle of Campbell Station plays out followed by the Battle of Fort Sanders  Sat 4 p.m.

On Sunday the site opens at 10 a.m. and a church service is planned for 10:30. The last day of the event includes Meet the Generals,  a Lincoln Perspective, exhibits, Wagon Ride, a guided tour of the fort, a drill by Confederate forces, and a presentation about life in the Winter of 1863.

Smiley Clapp,  the promoter of the event that takes place on part of his Corryton farm, says the annual event draws people of all ages.

The original Fort Sanders was named for General William P. Sanders, a Kentucky native who chose the Union cause, raided through Tennessee successfully prior to the Union invasion, and was mortally wounded in west Knoxville by a sniper firing from the Bleak House. Sanders was a cousin to Confederate President Jefferson Davis.

Gen. Sanders was taken to the Lamar House, now the Bijou Theater downtown, where he died of the wounds in the Bridal Suite. He had been dating a local Knoxville woman who was a cousin to a known Confederate spy. His death was kept secret for two weeks so it would not hurt the efforts of his troops.

The battle of Campbell Station and Fort Sanders was decisive and East Tennessee, except for some smaller battles, remained in Union hands until the end of the war.

Visitors to the two-battle event might want to plan ahead and arrive early. Free parking is available just off Washington Pike just beyond Circle Road in Corryton.