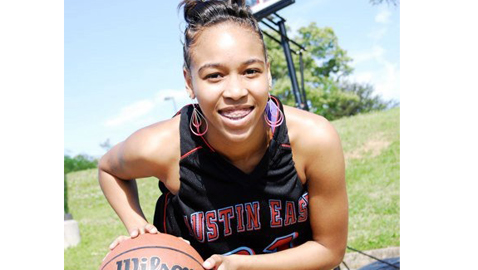 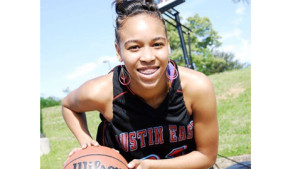 Jalan Harper plays basketball for Austin-East, but that’s not all. The A-E female Athlete of the Year in 2011-12 also is a cheerleader, plays volleyball and is a honor student.

Jalan Harper is not your typical high school athlete. That’s because she is a cheerleader, too.

At Austin-East, she gets to enjoy both – playing and cheering.

Harper did both so well this past school year, she was named the female Athlete of the Year at A-E.

Harper, a junior, was a football cheerleader and played volleyball and basketball, earning three letters.

“We try to give our students the opportunity to participate in all that they want,” said Austin-East athletic director Alvin Armstead. “And because of our small numbers, we truly have to share our athletes among our teams.”

Harper says she plans to cheer for the football and boys basketball teams next school year.

“After my basketball games this past season, I would stand beside the cheerleaders during the boys game,” she said. “I really wanted to be out there in uniform and cheering for our boys. That’s what I plan on doing next year.”

Harper is a pretty good basketball player herself. She is mainly a shooting guard but also can play point guard, she said. “I’ve been told I have a well-rounded game. I love defense.”

On the Lady Roadrunners’ volleyball team, Harper, who said she has a 3.8 GPA, was a setter and left-side hitter.

Harper currently is playing AAU basketball as a member of Tennessee Flight Select.