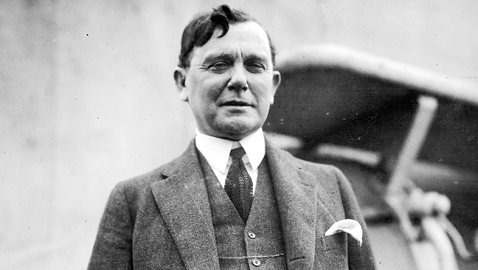 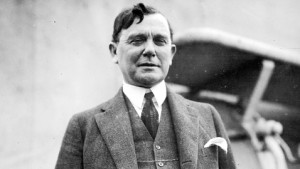 Even as a freshman Congressman, Kenneth McKellar had demonstrated an ability to bring improvements and projects to his district, a talent that would serve him and Tennessee well during his legislative career.

In April of 1912 as much as 170 acres of Memphis had been inundated with floodwater, including the city of Memphis’s gas and water plants.  Congressman McKellar set to work to get Federal engineers to Memphis as quickly as possible.

McKellar’s attention to his district did not go unnoticed by his constituents.  When he sought reelection in 1912, McKellar had no opposition either in his own primary or the general election.  Many Tennessee Democrats again urged McKellar to run for governor against Republican Ben Hooper, but McKellar’s political interests lay elsewhere.  Like many aspiring Congressmen, McKellar had his sights set on a promotion to the United States Senate.  McKellar had little interest in serving as governor and knew as well as anyone Democrats in Tennessee were still bitterly divided.

Having no opposition, McKellar was profoundly interested in the 1912 presidential election.  Nationally, the Republicans were as divided as the Democrats were in Tennessee.  Incumbent President William Howard Taft had been Secretary of War in the Cabinet of his predecessor, Theodore Roosevelt.  A warm friendship had developed between the two men and Roosevelt had personally selected Taft to succeed him.  Roosevelt, the youngest man to become President of the United States when he succeeded to office after William McKinley had been assassinated, had relished the power and prestige of the presidency.  Theodore Roosevelt had exercised those powers beyond its former limits, not only without apology but also with real glee.  Despite any statement to the contrary, Roosevelt missed being president and he had soured on Taft’s performance in office.  Roosevelt made a determined bid for the Republican presidential nomination and humiliated President Taft in a series of preferential primaries, including Taft’s own home state of Ohio.  Still, incumbency is a powerful thing and Taft narrowly won the GOP nomination, causing supporters of Roosevelt to immediately cry theft and walk out of the convention.  Roosevelt bolted the Republican Party, accepting the presidential nomination of the new Progressive Party, which came to be popularly known as the “Bull Moose” Party based on Theodore Roosevelt having proclaimed himself to be as fit as a bull moose.

With the long dominant Republican Party ruptured and the acrimony of the fight between Roosevelt and Taft becoming increasingly more personal and bitter, it became quite clear Democrats had an excellent chance to capture the White House.  McKellar originally believed Alabama Congressman Oscar W. Underwood would make the best president, but he realistically felt Underwood could not be nominated because of the bias against Southern candidates.

When New Jersey Governor Woodrow Wilson won the Democratic presidential nomination, McKellar was delighted and lent his enthusiastic support.  Wilson carried Tennessee and McKellar became a staunch supporter of Wilson’s “New Freedom” program.  In fact, Woodrow Wilson would become the chief executive Kenneth McKellar admired the most during his long service in the Congress.

In 1913, the Tennessee General Assembly was to elect another U. S. senator and McKellar was again proposed as a candidate.  McKellar was very interested in being elected to the Senate, but the fusionist combine that had elected Luke Lea in 1911 was still too strong to overcome.  John Knight Shields, a Justice of the Tennessee State Supreme Court and one of the original Independent Democrats, was elected with the votes of fellow Independent Democrats and Republicans.  Shields was to be the last senator elected by the state legislature from Tennessee.

Republican Governor Ben W. Hooper had been reelected in 1912, defeating the old warhorse of Tennessee’s Democratic Party, Benton McMillin.  Hooper’s reelection and the election of John Knight Shields was a bitter blow to most Tennessee Democrats, leaving them seething from the losses inflicted upon them by bolting Democrats and the hated Republicans.

The cause of the internal strife in Tennessee’s Democratic Party had originated with the issue of prohibition.  The temperance issue had provided a serious wedge between Tennessee Democrats, sharply dividing urban and rural voters.  Governor Malcolm Patterson was an outspoken “wet”, coming from Memphis.  Patterson favored at least allowing local option in the matter of selling beer and alcoholic spirits.  Worse still for supporters of prohibition was the fact Governor Patterson was a practicing wet, thoroughly enjoying a drink himself.  Naturally the “dry” forces were outraged by Patterson’s attitude and considered the governor to be a tool of the liquor interests.  The fight for the heart and soul of the Tennessee Democratic Party came to a head in the 1908 primary election when Patterson was seeking another term and was challenged by former U. S. Senator Edward Ward Carmack.

The Carmack – Patterson contest was not only a clash between urban and rural interests, as prohibition was far less popular in big cities while most rural voters at least theoretically supported the idea of temperance, but of two men who had a long history of disliking one another.  E. W. Carmack had originally been elected to Congress by defeating Congressman Josiah Patterson, the governor’s father.  The election had been so close that a contest was filed in the U. S. House of Representatives and Carmack’s attorney had been Kenneth McKellar.  Carmack managed to win that contest and remained in Congress until he was elected to the U. S. Senate.  Malcolm Patterson had been elected to Congress to succeed Carmack when the latter was promoted to the Senate.

Carmack’s senatorial career was ended by former Governor Robert Love Taylor and Carmack certainly had no objection to returning to office over the political corpse of Malcolm Patterson.

Both men were excellent speakers and had long been popular in Tennessee.  Both conducted aggressive campaigns for the nomination, their rivalry fueled by a strong personal dislike.  Carmack’s supporters wore buttons on their lapels, which featured a picture of E. W. Carmack with the slogan, “Shall the machine or the people rule?”  It was a very close contest, but Governor Patterson managed to beat back Carmack’s onslaught with majorities in Tennessee’s urban and suburban areas.

Carmack, a journalist by profession, returned to his former occupation when Luke Lea, owner of the Nashville Tennessean, offered him a job as editor of the newspaper.  Carmack, stung by his defeat, used his facile pen and colorful language to relentlessly denounce Governor Patterson and his associates.

E. W. Carmack had an impressive command of and apparently limitless supply of invective, with which he liberally doused Governor Patterson and his friends.  Carmack proved to be so good at ladling out abuse it led to his eventual demise.  At least one prominent associate of Governor Patterson, Colonel Duncan B. Cooper, strongly objected to being tortured in print by the fiery editor.  Carmack and Cooper had at one time been friends; in fact, it was Colonel Cooper who had given Edward Carmack his first job at the Nashville American, writing editorials.  Obviously, the friendship had not lasted and after having been bathed once too often in Carmack’s vitriol, Colonel Cooper sent word to the editor he would not suffer any further insults.

E. W. Carmack refused to heed Colonel Cooper’s warning and continued to attack Cooper in print.  Carmack’s friends were concerned enough to urge the editor to be wary and they were right.  Carmack, not unmindful of the impact of his editorials, had taken the precaution of arming himself as he traversed Nashville.  Unfortunately, it did not prove to be enough to save his life.  Carmack happened to meet Colonel Cooper and Cooper’s son, Robin, on a Nashville street on November 8, 1908.  Apparently all of the men were armed and Carmack, suspecting he was about to be assassinated, drew his pistol and opened fire, wounding Robin Cooper.  Young Cooper proved to be a much more accurate marksman and Carmack was hit three times; once in the shoulder, as well as in the heart and the head.  E. W. Carmack fell dead into the gutter of a Nashville street.

Even in 1908 a shootout in the streets of Nashville between political enemies was not a commonplace occurrence and the reaction to Carmack’s death was swift.  The shooting caused a sensation all across Tennessee and the prohibition forces proclaimed the former senator was a martyr to the cause.  The Coopers were arrested, indicted and tried for the murder of Edward Ward Carmack.  The Coopers were found guilty and each was sentenced to twenty years in prison.

Any satisfaction Carmack’s friends and fellow temperance supporters felt with the conviction and sentencing of the Coopers was but momentary.  The Tennessee State Supreme Court upheld the conviction of Colonel Duncan Cooper, but reversed Robin Cooper’s conviction and sent his case back for retrial.  The prosecutor in the Robin Cooper case requested that charges against Robin be dismissed, and the trial judge granted the request.  If that were not bad enough, Tennesseans were stunned by Governor Malcolm Patterson’s announcement he had pardoned Duncan Cooper.

Patterson’s pardon of Colonel Cooper inflamed E. W. Carmack’s friends and supporters to new heights of fury.  Even those friendly to Governor Patterson were astounded by his brazen executive clemency to his friend.  The legislature quickly passed prohibition and voted to erect a statue honoring the fallen Carmack, which still stands in front of the State Capitol to this day.

Malcolm Patterson’s pardon of Duncan Cooper further spilt the already divided Democratic Party in Tennessee.  Divisions and hatreds had not healed when Patterson sought a third two-year term in 1910.  The opposition to Governor Patterson was so intense that he finally withdrew as a candidate despite having been nominated, as it was readily apparent he could not be reelected.  A slate of incumbent Justices of the Tennessee State Supreme Court announced they were running as “Independent” Democrats, further dividing the already splintered party.  Frantic Democrats begged highly popular U. S. Senator Robert Love Taylor to run in Patterson’s stead.  Taylor had already served as Tennessee’s governor three times and had long coveted a seat in the Senate and liked Washington, D. C. and did not want to run.  In fact, Taylor had defeated Edward Ward Carmack to go to the Senate and finally the old warrior very reluctantly agreed to run for governor.

Kenneth McKellar was an active participant in all the internal wars of Tennessee’s Democratic Party and would do much, in time, to heal some of its wounds.