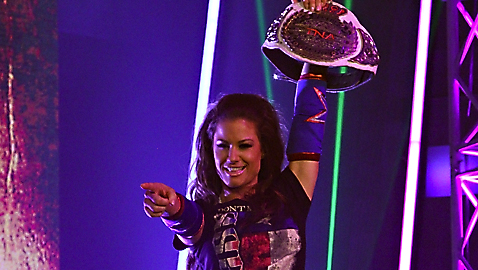 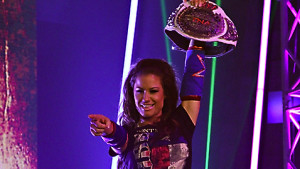 By Dan Andrews
andrewsd@knoxfocus.com
It has been slightly over a year since “Impact Wrestling” last came to Knoxville. Since that time the wrestling company has grown dramatically. With higher TV ratings, new talent, deeper story lines, and a worldwide tour schedule, the wrestling company is poised to return to Knoxville on November 16 with a greater impact.
Part of the reason for success is the strong balance between established veterans of the industry and exciting new talent. To get a better understanding of why this wrestling organization has become so successful and what it takes to make it in this industry, The Knoxville Focus interviewed two wrestlers on both sides of the spectrum.
We interviewed Brooke Tessmacher, a rapidly rising star, and huge fan favorite in the female division. We then interviewed Tennessee native James Storm, an industry veteran and ultimate fan favorite who has been with the company from the beginning.
Brooke Tessmacher is the perfect example of the new generation of professional wrestlers that are driving the wrestling industry to new levels. She is a Hawaiian Tropic model, a rugby player, and an avid snowboarder. In the ring, however, she is a two time world champion in the female knockout division. Her signature move is the risky high flying elbow from the top rope
With well over 100,000 fans on social media sites such as Twitter and Facebook, she has a deeply devoted fan base.  Brooke Tessmacher explained that it is crucial to stay actively involved in social media.  She stated it is a way to reach out and touch the fans, a way to showcase their true individual personalities, and a way to show that they are real and that fans want to know what is going on.   It builds a connection that arcs when she tours the world and meets her fans at autograph signings and fan after fan already feels that built in personal connection. While Brooke Tessmacher has a team of people helping her with her official website, she personally and solely operates her twitter account.  With high flying, exciting wrestling moves in the ring and personal fan interaction out of the ring, one quickly realizes why Brooke Tessmacher has become such a huge fan favorite.
James Storm (pictured right) is a veteran wrestler who has been with the company since its inception. While hundreds of wrestlers have come and gone, James Storm has consistently remained a fan favorite. He attributes that to knowing what the fans want and his ability to change with the times. He embraces the growing success of Impact Wrestling even though it means more time on the road, but he is comfortable with that. “I’ve been a professional wrestler my whole life. It’s what I do to pay the bills,” Storm explained.
Traveling on the road five days a week and working out in the gym two to three hours a day in a different city almost every day is what he signed up for. He loves being a wrestler and strongly recognizes how touring has a direct impact on the success and growth of the company.
When Impact Wrestling first started there was very little touring.  As the organization has grown over the years so has the touring schedule. As the tour returns to Knoxville this week, look for bigger crowds, bigger excitement, and a whole new level of impact.
Impact Wrestling returns to Knoxville November 16th. For more information visit http://www.impactwrestling.com.