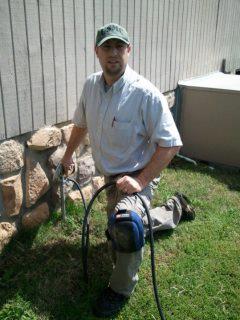 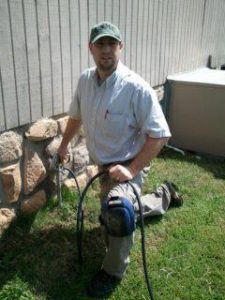 Local resident Robert Apperson is saving the world…one bug at a time. For the past 11 years, he has worked for some of the best pest control companies in the area and earned 5 Presidents Club Awards for outstanding sales and service. Apperson, a devout Christian, felt ‘led’ to begin his own business earlier this year, and Alpha Omega Pest Control was born.

“I wanted to open a Christian, family-oriented business,” Apperson, husband and father of three, told The Focus.

As the company name implies, Apperson hopes to be the beginning and end of his clients pest control problems.

However, he is no bug-busting beginner. He has attended the Tennessee Termite Apprenticeship School, completed a Purdue Pest Management Course, as well as, an AIB course, which deals primarily with commercial pest control.

Additionally, he has appeared on Fox 43, Channel 8, and Channel 6 as an expert in the field.

The company offers a wide range of services and specializes in both commercial and residential pest control. They use quality, eco-friendly chemicals and are, of course, licensed, bonded, and insured. Additionally, to celebrate their grand opening, they are currently offering free termite inspections.

“Our goal is to offer people honest, cost effective service that will not break the bank,” Apperson added.