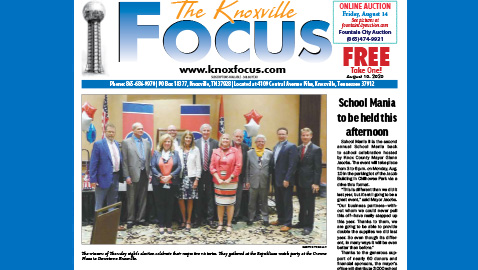 David Buuck makes it no secret that he is ready to get to work for the citizens of Knox County and he’ll soon get that chance when he’s sworn in as law director.

“I am the people’s lawyer and I can’t wait to go to work for the people of Knox County,” said Buuck, who defeated independent candidate Jackson Fenner to replace the term-limited Bud Armstrong as Knox County Law Director, Thursday night. “I’m looking forward to carrying on the fine work that Bud has done for the last eight years.

“I’m looking forward to carrying on that work with the professionalism that Bud did.”

Buuck worked for Armstrong in the law director’s office and said that he learned plenty from his predecessor.

“I think we learned a lot from each other and we brought more than 40 years of experience,” Buuck said.

Later, he made an acceptance speech. And he implored his supporters to relish their right to vote as the charter committee considers whether to have the law director appointed by the county mayor rather than having that person elected by the citizens of Knox County.

Buuck also expressed gratitude to his family for their support during the campaign and the election cycle.

“When you run for office, your whole family runs with you. This year, during the pandemic, it was a little tougher because you have to go out and campaign,” Buuck said.

Oster gave a concession speech Thursday night at the Republican return watch party while Mannis did not appear at Thursday night’s gathering. Those candidates were competing for the seat vacated by the retiring Martin Daniel.

In his acceptance speech, Dailey said that his goals were simple but lofty for his district.