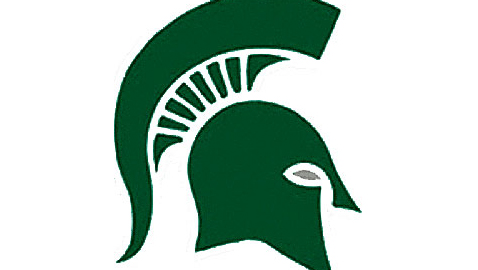 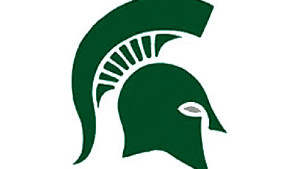 By Alex Norman
In 2011 the Webb Spartans dreams of a three-peat fell short in the state semifinals.
There would be no such disappointment this time around.
On Thursday, November 29th, the Spartans (11-1) blew out Evangelical Christian School 47-14 in the Division II-A Blue Cross Bowl in Cookeville.  It is the sixth state championship in school history.
“Our expectations are great,” said Webb head coach David Meske. “Maryville has great expectations, so does Alcoa, so does Ensworth… and we want that, and we don’t shy away from them.”
Midway through the first quarter the Spartans struck first, on their opening drive of the game.  Webb went 80 yards on 13 plays, with fullback Robby Strachan punching it in from 8 yards away for the touchdown and a 7-0 lead.
The Spartans got a huge effort from Strachan.  He gained 132 yards on 18 carries, with two touchdowns thrown in for good measure.  Strachan also converted 5 out of 7 extra point attempts. This performance, which earned Strachan the Offensive MVP award in the title game, came as no surprise to Meske.
“He’s been good for us all year,” said Meske. “Robby has great speed. He’s 190 pounds and a big running back.  All three of our backs (Strachan, Todd Kelly Jr., Aaron Blance) have the potential to score.”
And in the title game, they did just that. Kelly, who won the Division II-A Mr. Football Back Award this season, scored twice and had 118 yards rushing.
Blance scored once and gained 81 yards on the ground.  The potent wing-T offense racked up 406 yards on the ground against the outmatched Eagles defense.
Evangelical Christian came into this game with a pretty flimsy resume. Their 6-6 record (which includes two playoff game victories) might have led some to believe that this would be an easy game for the Spartans.  Meske wouldn’t allow his team to be overconfident.
“We talked about that,” said Meske. “In 1996 we won the state championship by beating Goodpasture.  The year before they had been 15-0. No one gave us a chance, but we won.  At any time, if you are not prepared, you’ll get beat.”
Following their coaches direction, the Spartans led 27-0 at the half.  ECS was never able to post a serious challenge.
“The keys to the game for us were the way we played on the line of scrimmage, our kickoff coverage never giving (ECS) them great field position, and how we contained their quarterback (Brent Rooker),” said Meske. “We made sure he stayed in the pocket, because he is a great runner.”
Rooker threw for 298 yards, but was ineffective running the football, accounting for -5 yards on 13 carries.
Webb’s Brant Mitchell was named Defensive MVP.  He led the Spartans with 10 tackles, 4 of the solo variety.
The Spartans finish the season on a 10 game win streak, with most of those games not being close on the scoreboard (the Spartans outscored opponents by around 30 points a game this year).  But it was the one game they lost that gave Webb the motivation they needed in 2012.
Back on August 18th, the Spartans fell to Alcoa 14-7.  The Tornadoes, a perennial state championship contender, would go on to have another terrific season, earning the top ranking in the state in Class 3A before falling to the eventual state champions from CAK in the quarterfinals.
“That was a tough loss, and we played to win,” said Meske. “But that made us a better team.  The kids on our roster that didn’t have experience got some in that game.  That is a very physical team and we played right with them.”