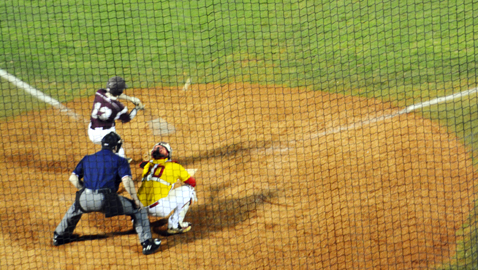 Bearden High School’s baseball team got off to a fast start Thursday night but had to nab a walk-off victory against Sequoyah.

The Bulldogs, who scored six runs in the first two-innings, notched an early-season 10-9 victory over the Chiefs when Brock Vaughn drew a one-out bases-loaded walk that plated Bryson Ford with the game-winning run in the second game of a double header at BHS’s Phil Garner Ball Park.

That win came on the heels of a 7-6 walk-off win in the first game of a twilight-night twin bill in the Bearden Invitational.

Bulldogs’ coach John Rice knew that his team’s two wins on Thursday wouldn’t net too many style points but that was of little consequence for Bearden’s third-year head coach.

“We had to come back a couple of times,” Rice said. “But it’s early in the season and this was a chance for both teams to get some reps and play 14 innings of baseball.

“And with this weather, who knows when we’ll get to play again? Both teams played hard and we used a lot of players.”

Bearden (3-0) opened the game with three runs in the bottom of the first inning. Ford led off the frame with a single. Brady Duncan also singled before David Beam walked to load the bases.

The Bulldogs, who won their season opener over Maryville on Monday, March 9 and saw Wednesday’s home tilt against rival Farragut rained out, added three more runs in the second off Sequoyah starter Ben Arp.

Beam hit a two-run homer and Duncan had an RBI single to double Bearden’s advantage.

The Chiefs (1-2) didn’t, however, go quietly. They scored twice in the third and added two more runs in fifth to pull to within 6-4.

Sequoyah pulled even in the sixth on a two-run single by Blue Johnson.

The Bulldogs regained the lead in the bottom of the inning.  Duncan led off the frame with a double and scored when Beam doubled to make the score 7-6.

The Chiefs responded with three runs in the top of the seventh when Robby Chancellor had a two-run double and later scored on an error to give the visitors a 9-7 lead.

That set the stage for Bearden’s dramatic comeback.

Pinch hitter Thomas Wilson opened the frame with an infield single and scored on Connor Cameron’s game-tying two-run homer. One out later, Ford singled. He advanced to second on Duncan’s infield hit. Beam walked to load the bases before Vaughn drew the game-ending free pass.