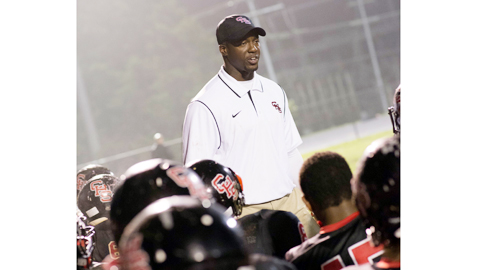 A strong defensive effort lifted Central High to a 13-0 win over Gibbs Friday night and into the TSSAA state playoffs.

With the shutout, the Bobcats, under first-year head coach Bryson Rosser, evened their season record at 5-5, which was a must to make post-season play.

The addition of Central gives Knox County 11 teams in the playoff field.

The Road to the BlueCross Bowl in Cookeville starts Friday with first-round action. All playoff games start at 7 p.m.

Central, a No. 7 seed, will play at once-beaten Knoxville West. It’s a tough assignment for the Bobcats, as West is the state’s top-ranked Class 5A team and was state runner-up last year.

Scott Cummings’ Rebels, whose only loss came at the hands of Class 6A power Maryville, have been pointing to another shot at the gold football all season long.

Gibbs (5-5) got the No. 8 seed and will play at top-seeded and undefeated South-Doyle.

Catholic’s bid for a perfect regular season was spoiled by a 21-14 loss to Class 3A power Alcoa Friday.

Grace Christian Academy, which lost to Rockwood 22-15 Thursday in its regular season finale, will try to get back on the winning track in its Class 2A first-round playoff test against visiting Meigs County.

GCA Coach Randy McKamey’s Rams are the No. 3 seed and 7-3. The No. 6 seed Tigers have a 6-4 record. Grace Christian advanced to the state semifinals last year.

Austin-East and Seymour also ended their seasons on a winning note last week to finish 2-8. The Roadrunners beat Union County 28-21, while the Eagles, under first-year coach Jerry Cooper, defeated Cherokee 26-14.