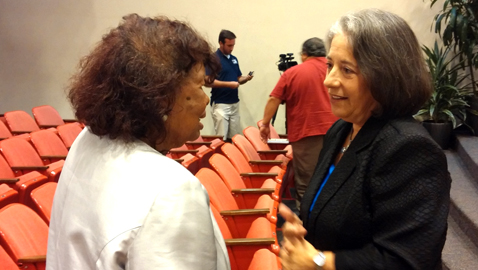 The most contested of the various agenda items at Tuesday’s meeting of the Knoxville City Council has been postponed until September 1.  Smith-Lindsey Development, LLC., wants to build an office on the south side of Gibbs Drive and Broadway in Fountain City. To do so requires a change in the North City Sector Plan and a rezoning from R-1, Low Density Residential to O-1 that would permit offices, medical and related services.

A large crowd of Fountain City residents appeared at the meeting but Councilman George Wallace moved to put the decision off until September. Councilman Nick Della Volpe said the time might offer both sides “some interest to discuss” the request.

In another zoning matter, council members Daniel Brown and Brenda Palmer voiced their objections to rezoning on a request from Lynn E. Keck for a property on Tillery Drive and Bounds Road. Keck was asking to change the zone to R-2 Residential from C-3 Commercial and told the council that he wants to build a house on the 1/3 acre lot.

Palmer asked Keck why he was seeking an R-2 zone rather than R-1 as that particular zoning would allow apartments or condos. She said she was concerned about adding children to the Norwood school which is already overcrowded. Keck said all the surrounding properties are zoned R-2.

“The rezoning goes with the land and will follow long after you’re gone,” Palmer said.

The planning commission recommended the changes and the new MPC director, Gerald Green, told the council that zoning the small lot R-1 would constitute “spot zoning.”

Palmer and Brown voted NO but the rezoning, on first reading, passed, 6-2.

Palmer also objected to another motion dealing with a city ordinance about the 3-foot distance a car must allow when passing a bicycle. She said that the state law already exists and added, “We don’t need it on the books.”

Mayor Madeline Rogero said the ordinance, sponsored by the other council members, would prompt the city police to enforce the law. The motion passed with only Palmer voting against it.

The mayor was authorized to apply to the state for a grant of more than $3 million to provide funding for Knoxville Area Transit for 2016. She was also granted permission to execute a Memorandum of Understanding with Knox County, Blount County, and the Metropolitan Airport Authority and Tennessee Air National Guard regarding participation in and support of the 2016 Smoky Mountain Air Show at McGee-Tyson Airport.

What is now E. Summit Hill Drive will become “Lula Powell Drive” if it passes second reading next month. Dr. Lula Powell thanked the council for the honor and noted that she has been a resident in the same house in that neighborhood for more than 50 years. She spent 27 years at Green Magnet School as principal and said she couldn’t wait to get home and call her family to tell them of the honor.

The Gay Street Streetscapes Project for the 700 Block got an additional $77,240, bringing the total amount of the contract with Vaugh & Melton Consulting Engineers to $174,510.

Councilman Nick Della Volpe questioned the increase, which he said started at $77,000.  City Engineering Director Jim Hagerman replied that the project has encountered some problems, like old clay drainage pipes beneath the street. He said he has added some pedestrian features and signal modification.

Mayor Rogero said the project is still within the original budget although the additional funding is above the original contract price.

Hagerman said it is better to go ahead with the additional repairs.

“If you have a hole open (on the street) you can lay some communications cable. It’s better than going back afterward,” Hagerman said.

The council also voted to proceed with the purchase of the Old State Supreme Court building at 719 Locust Street. With the approval the city, through the Industrial Development Board, might close the purchase within 90 days. There are two buildings there, the old Courthouse and an office building. Councilman George Wallace had some questions but said the former court building is a “real important piece of downtown.”

Della Volpe questioned a 15-year TIFF rather than a 10-year. Wallace asked Daniel Smith and T.C. Whitaker, partners in the development firm, to speak. Smith said they are planning 15 new units there which will be for sale, adding possibly 30 new people downtown. The council was informed that if they units sell, or don’t sell, new buyers or the corporation will be responsible for repaying the TIFF.

Councilman Brown asked what the new residential units might sell for and Smith estimated the cost starting at about $250,000. Brown then said he’d like to see greater diversity in the population of downtown.