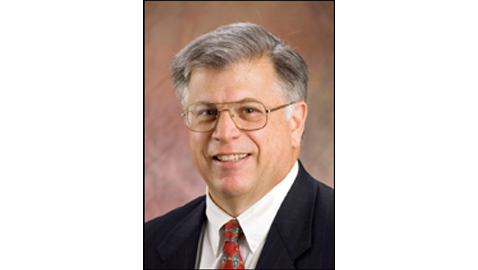 While commercial development within the city of Knoxville continues to expand both downtown and westward, Knoxville City Councilman Nick Della Volpe, is concerned about existing development- in particular the area that includes and is adjacent to Knoxville Center Mall in East Knoxville.

Knoxville Center Mall, located off exit 8 on I-640, has approximately 60 tenants. Additionally, the exit is home to Home Depot, Lowes, O’Charley’s, Cracker Barrel, and a McDonald’s, among others. Economic downturn and increased commercial development in other areas of Knoxville have caused a significant struggle amidst businesses in this community.

However, despite the issues at hand, this group of merchants pays over $2.6 million per year in city and county property taxes, in addition to $1.5- $2 million in city sales tax, and over $10 million in state sales tax. They also provide some 2,000 jobs.

According to Della Volpe, one of the primary issues is visibility. TDOT built elevated roads on either side of I-640 when they built the bypass in the 1970s. 40 years of brush and tree growth along the bordering grassy hillsides have obscured businesses along either side of exit 8 from view.

“With the overgrowth, some 75,000+ travelers per day on I-640 can’t see and don’t know they are driving by a major shopping area,” Della Volpe explained.

Della Volpe also suggests that a lack of signage has compounded the issue.

“There is no logo sign on the interstate in either direction that indicates ‘Food, Gas, Lodging, and Retail Stores this exit’,” he added

TDOT currently has a regulation that allows for a blue logo sign on only the first interstate exit as you enter a municipality with a population over 100,000.

After meeting with several of the area merchants such as Justin Sterling, who is charged by Simon with leasing space in Knoxville Center Mall; John Faris, the owner of several McDonalds including the one at this exit; Tim Graham, who owns much of the land and retail space on the west side of the interstate where Home Depot, Lowes, Cracker Barrel, O’Charley’s are located; and Tommy Vann who runs Vann Land Properties, Della Volpe invited city officials to explore the possibility of obtaining permission to clear some of the underbrush and scrub trees in order to open the visibility of the area from the interstate. He has also met with State Senator Becky Duncan Massey to inquire of TDOT whether an exemption to the signage regulation could be made- given the unique circumstance of the area.

According to Della Volpe, long term solutions could possibly include an additional exit ramp from I-640. (The exit currently only has one.)

Business owners and vested parties are in the process of forming an East Towne merchant group in order to better lobby for needed fixes within the area.

The Focus will continue to follow this story as it develops.