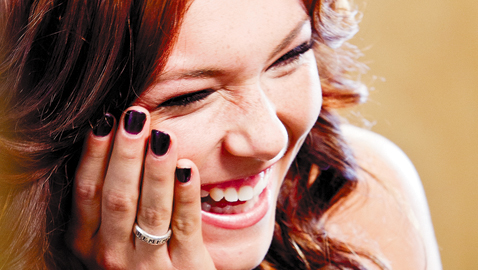 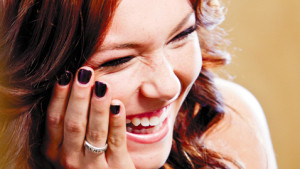 Kylie Morgan is  a native of Oklahoma and was voted one of the Country Music Association’s “Who New to Watch.” Kylie is currently working on her CD with Land Run Records. It will be released in 2012, and will be available via digital download and at select Sheplers Western Wear stores nationwide. The CD will feature the impacting song “Phoebe (It Matters What We Do).” Kylie’s episode of Opening Act airs tonight on E! at 10/9 C.

1.   The show “Opening Act” is not a competition show like “American Idol.” However, it is a show where you compete against yourself to make yourself a better artist. What have you learned about yourself that you did not know before you went on the show?

Before I was picked for “Opening Act” I always thought I was ready – if I got my chance at fame I was 100% prepared. But when the opportunity did arrive, I realized I still had a lot to learn. After the show I learned that no matter what the challenge, I can overcome it and achieve anything I set my mind too. “Opening Act” was the experience of a lifetime!

2. What can viewers expect to see when watching this show?

What’s so different and unique about this show is that it’s not a music talent competition. Unknown artists are given their shot at fame by being the opening acts for superstars. The show follows us through our incredible journey to the stage. It gives the audience the chance to get to know us and our abilities.  So in a sense, it’s like all of us have already won!

3. You were handpicked by International Emmy® winning producer Nigel Lythgoe. A man who is internationally known for his work as a producer with American Idol.  Did he work with you directly? What advice did he give?

It was so amazing to have the opportunity to work with Nigel Lythgoe. Not only did I receive feedback from Nigel personally, but also from Antonina from Rock Mafia and Nick Cooper, vocal coach of the stars! I felt so honored that such influential people were actually taking the time to listen to me and my music. They really liked the fact that I write my own music, and encouraged me to continue writing as well as looking for other songs that fit my style.

4. You are very passionate about getting information out about bullying awareness. Tell us about it.

I think we all have had our own experience with bullying, including me. The truth is, you are not alone. 160,000 kids refuse to go to school each day because they are afraid of getting bullied. My bullying prevention campaign is centered on the message, “It Matters What We Do,” a lyric from the song “Phoebe” that I co-wrote. For more information about dealing with bullying, go online to www.pacer.org and learn how you can get involved.

5. Tell us about your experience in Nashville.

I am in love with the history of Nashville, Tennessee because it’s where country music originated. So, when I was told I was going to be flown to Nashville I was so excited! During the time I was there I got to meet and work with so many talented people that I idolize! It seemed like there was zero time to spare. Honestly, it was very overwhelming at times but I did my best to keep my eye on the prize!