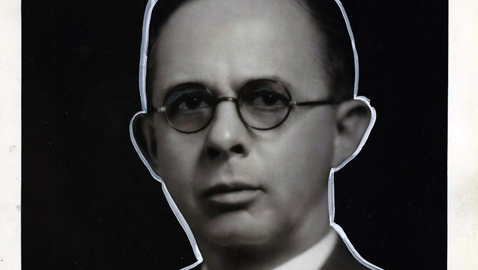 Hill McAlister very much wanted to be governor of Tennessee and made repeated efforts before finally achieving his goal.  Once in office, McAlister found it bit tougher than he likely expected.

McAlister was born in Nashville on July 15, 1875 and eventually graduated from Vanderbilt University’s school of law.  By the turn of the century, McAlister was serving as an assistant City Attorney for Nashville.  In 1904, McAlister became Nashville’s City Attorney and served six years in that post.  McAlister won election to the Tennessee State Senate and his familiarity with his colleagues helped bolster his political career, as they elected him State Treasurer in 1919.

Hill McAlister was a competent Treasurer and was reelected by the Tennessee General Assembly three more times before he left office to seek the Democratic gubernatorial nomination in 1926.

The incumbent governor, Austin Peay, had proved to be somewhat less friendly to the urban counties during his administration of state government.  Peay was taxing the urban counties more to help pay the way of the less prosperous rural counties, which naturally caused discontent with many urban interests who felt they were not getting their fair share.  Both Davidson and Shelby Counties chaffed under the administration of Austin Peay and both had leaders with strong personalities.

The Davidson County political machine was lead by Nashville Mayor Hillary Howse, while the Shelby County political machine was headed by former Mayor Edward Hull Crump.  When Governor Peay announced he would be a candidate for a third two-year term in 1926, both Howse and Crump determined to oppose the chief executive in the primary.  State Treasurer Hill McAlister very much wanted to be governor and he entered the Democratic primary as the candidate of the urban interests.

Both Crump and Howse suspected Peay wanted to use the governor’s office as a jumping off point to run against U. S. Senator Kenneth D. McKellar in 1928, a notion the governor denied.

McAlister lost his first campaign for governor, unable to overcome Austin Peay’s majority in East Tennessee.  Peay was quite popular in East Tennessee for his support of the Smoky Mountains National Park and a road program that had been very good to the region.  Still, McAlister ran a strong race and carried most of the urban areas handily.  Peay’s supporters also decried the fact that blacks were allowed to vote in Crump’s domain of Memphis.  In fact, not only were blacks allowed to vote in Shelby County, but they were encouraged to vote.  The Memphis machine extended services to black citizens and the poll taxes of blacks was usually paid by the organization.

Peay’s supporters were horrified by the notion black folks would be allowed to vote in the Democratic primary, which they claimed was a “white man’s” primary.

Austin Peay died suddenly in October of 1927 and Henry H. Horton, Speaker of the Tennessee State Senate, succeeded him.  Horton had been elected to the State Senate in 1926 and was completely inexperienced as an administrator.  Luke Lea, former U. S. senator and owner of the Nashville Tennessean had been a prominent advisor to the late Governor Peay.  Lea was to become an even closer advisor to Governor Henry Horton; in fact, some believed Luke Lea was himself governor in all but name.

Peay was a strong character and had the ability to refuse requests made by Lea and absolutely refused to utilize the state highway department for political purposes.  Governor Horton, urged on by Lea, had no such scruples and used every means at his disposal to bring the state government under his control.

It was clear that Henry Horton intended to run for governor in his own right and he entered the 1928 election as a strong candidate.  Former State Treasurer Hill McAlister was the logical candidate to oppose Horton, having run a strong race against the highly popular Austin Peay.

Luke Lea remained a highly controversial figure, having been elected to the United States Senate in 1911 by a combination of Independent Democrats and Republicans, a movement of “fusionists” which dominated Tennessee politics briefly.  Naturally, regular Democrats were outraged by the success of the fusionists and bitterly resented being displaced.  The hatred for Luke Lea was such inside the Democratic Party that Tennessee Democrats moved up the election and a primary was held in 1915, rather than 1916.  It would be the only time Tennessee ever held a run-off election between the top two vote getters.

Three candidates entered the 1915 Democratic primary to contend for the Senate seat held by Luke Lea; Lea himself wanted to be renominated and former Governor Malcolm Patterson, driven from office a few years earlier, thought the time ripe for a comeback.  The third major candidate was Congressman Kenneth D. McKellar of Memphis.  It would be the first time Tennesseans would elect a United States senator by popular vote.

Lea was cordially hated by E. H. Crump, leader of the Memphis machine.  Lea’s influence with Governor Horton was intolerable to the Memphis Boss and he and Mayor Hillary Howse once again determined to support Hill McAlister for governor in 1928.

The wily Lea concocted a plan to help divide the time and resources of the urban bosses by encouraging Congressman Finis Garrett to run for the U. S. Senate against Kenneth McKellar.  Garrett had been in Congress for well over twenty years and was in fact the Minority Leader of the U. S. House of Representatives.  Congressman Garrett represented a district in West Tennessee and was a credible challenger to Senator McKellar.

It was a clever strategy and it did indeed cause Crump and Mayor Howse to divide their energy and resources to support McKellar’s reelection bid.  Garrett was much more conservative than McKellar and attacked the senator from the right during the primary campaign.  McAlister pounded Horton for being under the sway of Luke Lea and hinted broadly that the state government was corrupt.  A third candidate for the gubernatorial nomination had entered the race in the person of Lewis S. Pope, who had been a Cabinet officer in the late Governor Austin Peay’s administration.

It was a very close campaign, with Horton barely winning the Democratic nomination.  Once again, McAlister ran very strongly in the urban areas and much less so in the rural counties.  Horton narrowly managed to win the primary, but it was a strong enough showing to win a temporary truce with the urban bosses.  Horton was reelected in 1930, but just days after the election, everything came crashing down around his head.

The stock market had collapsed, which brought about the fall of Caldwell and Company.  Rogers Caldwell was a business partner and associate of Colonel Luke Lea and the fall of the House of Caldwell brought to light the fact the State of Tennessee had lost millions of dollars.  Governor Horton only narrowly managed to avoid being impeached and the uneasy peace with the urban bosses fell apart.

Hill McAlister found himself elected as State Treasurer for a fifth time in 1931.

McAlister was a logical choice for governor in 1932 and again had the strong support of Senator McKellar and the urban bosses.  Lewis Pope was also a candidate yet again, as was former Governor Malcolm Patterson, who had the support of the politically crippled Horton administration and Luke Lea.

Pope carried seven of nine Congressional districts in the 1932 primary, but Hill McAlister won a narrow victory.  An outraged Pope immediately claimed he had been cheated out of the nomination and entered the general election as an Independent.  McAlister, like Senators McKellar and Cordell Hull, was strongly supporting the presidential candidacy of New York Governor Franklin Delano Roosevelt.  The entire Democratic ticket won handily in Tennessee and Hill McAlister had finally achieved his dream of serving as Tennessee’s chief executive.

Governor McAlister found the State of Tennessee in dire straights upon taking office.  Banks were failing all across the country and Tennessee was no exception; in fact, the Bank of Tennessee had failed and the Volunteer State was operating with a deficit of at least $6 million.  McAlister had little choice but to cut back and by his first two years in office had managed to bring the budget into balance.

The New Deal program of President Roosevelt made the Federal government more important than ever and Governor McAlister worked very closely with Senator McKellar in coordinating programs for the State of Tennessee.  McKellar, the state’s senior senator, wielded enormous power during the New Deal years, dispensing most of the patronage from the vast network of the New Deal alphabet agencies.  McKellar was also constantly in search of Federal projects for Tennessee and worked well with Governor Hill McAlister to move those projects along.

McAlister ran for reelection in 1934 and faced Lewis S. Pope for the third time inside the Democratic primary.  Pope did not fare nearly so well inside the primary and lost by a bigger margin to Governor McAlister.  Pope, again convinced he had been somehow cheated out of the nomination, bolted the Democratic Party and tried to revive the fusionist movement by teaming with Republicans for the general election.  Pope became the unofficial running mate of former Republican Ben Hooper, who was running against Senator McKellar.

Governor McAlister dispatched Pope in the general election, running on a platform touting his success in trimming back state government and support for the policies of President Roosevelt.

McAlister’s second term proved to be even more difficult than the first.  Tennessee was accumulating increased debt and the school system needed help.  Governor McAlister reluctantly proposed a state sales tax to help reduce the debt and provide an infusion of cash for schools.  McAlister’s proposal was roundly denounced by an infuriated Crump, who believed the sales tax to be the worst sort of tax.  McAlister’s proposal was defeated in the legislature and although he very much wanted to run for a third two-year term, Crump was adamantly opposed to supporting the governor for reelection in 1936, although Senator McKellar was prepared to back McAlister once again.

Hill McAlister opted to retire and left office in January of 1937.  With little prospect of winning another office, McAlister was appointed counsel to the Bituminous Coal Commission in 1937 at a salary of $8,000 per year through the influence of his friend Senator K. D. McKellar.  In 1940, McKellar arranged for the former governor to become a bankruptcy referee in Nashville, a post McAlister kept for the rest of his life.

Governor McAlister died on October 30, 1959 at age eighty-four in Nashville.