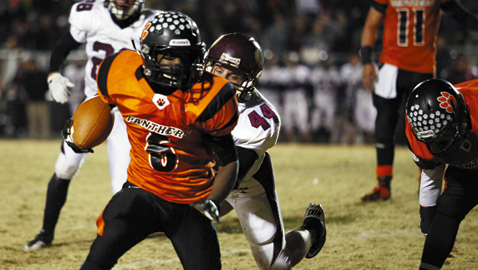 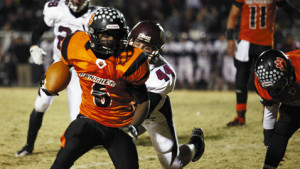 Powell running back Tyshawn Gardin (#6 in orange) makes a cut to the outside on his way to the end zone on a 27 yard touchdown run on Friday. Powell defeated Tennessee High 31-10 and will travel to Columbia Central for a Class 5A semifinal matchup this Friday night. Photo by Eric Kennedy.

By Bill Mynatt,
Radio Voice of Powell Panther Football on AM 620 WRJZ
PowellFootballRadioVoice@yahoo.com