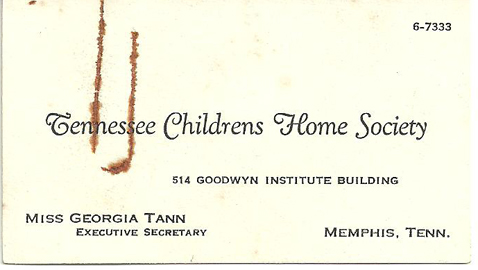 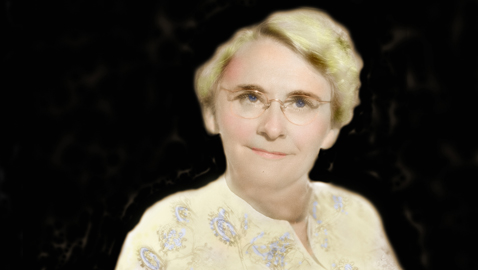 Camille McGee Kelley, judge of the Shelby County Family Court, was a jewel in the crown of the Memphis machine of Edward Hull Crump. At the time of her appointment in 1920, Kelley was only one of two female judges in the South and the only woman to sit as a juvenile court judge.
Kelley was highly popular in Memphis and Shelby County, an easily recognizable figure in her trademark dresses, furs and a large flower always pinned to her chest. Kelley looked precisely like what she was: a friendly, well-to-do grandmother who was somewhat smug and condescending in freely dispensing her maternal wisdom to anyone who would listen.
The Memphis Boss was always highly sensitive to the attacks of opponents on his political machine and Crump countenanced no graft or corruption from his subordinates. At the first hint of corruption, Crump moved with alacrity in removing the offender from office. Yet the reign of the matronly juvenile court judge would prove to be one of the worst cases of corruption in modern Memphis history and a sore embarrassment to Crump.
One cannot detail the life and service of Judge Camille Kelley without relating the history of Miss Georgia Tann, who operated the Tennessee Children’s Home Society. Miss Tann would have a powerful, albeit malevolent, influence upon adoption of children. Like Judge Camille Kelley, Miss Georgia Tann had a matronly and benign appearance and no less than First Lady Eleanor Roosevelt believed her to be an expert in the field of childcare. Perhaps no one in the State of Tennessee had more to do with the confidentiality laws adopted by the General Assembly than Georgia Tann. Miss Tann used those laws to her advantage and apparently destroyed, altered or otherwise tampered with birth records to the extent where it became impossible to determine the parentage of thousands of children.
Miss Georgia Tann turned adoption into a money-making enterprise and at a time when adoptions in Tennessee cost the princely sum of $7, some adoptions brokered by Tann cost as much as $5,000, roughly the equivalent of $84,000 in today’s currency. Miss Tann operated her Tennessee Children’s Home Society before the extensive welfare state existed in this country; there was little in the way of support, financial or otherwise, single mother’s could count on at the time.
Crump’s Memphis was well run and Memphis won numerous awards for its cleanliness, safety, etc., yet one statistic likely vexed the Boss; it had the highest infant mortality rate in the country.

Miss Georgia Tann’s business card, circa 1935.
From the collection of Mr. Steve McFarland.