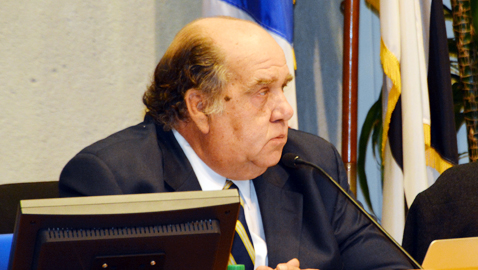 Cha-ching. That is the sound of the Knox County Schools Board of Education spending more of your tax dollars.

At last Monday’s Work Meeting, Dr. McIntyre, in his Superintendent’s Report, laid out his plan to address the substitute teacher shortage. This is a legitimate concern. Some schools in the district have had a difficult time filling all their substitute requests, especially on Mondays and Fridays.

McIntyre said they have seen some impact from this, but wants to do more. He listed the following additional strategies that will be implemented this spring:

•             Add a differential in compensation for substitutes who are licensed teachers;

•             Add an additional premium for substitutes who are not only certified teachers, but retired Knox County teachers in good standing.

6th District BOE member Terry Hill asked McIntyre if he knew what the fiscal impact would be. Dr. McIntyre said, “We really don’t…we did some initial fiscal analysis for the initial strategy, but it’s really just an estimate at this point. The thought is to put these strategies in place and see what their impact is, but also to assess the cost implications at the end of the school year and reassess at that point.” Cha-ching.

But the hot topics of Monday’s work meeting , which drew a clear line between the rubber stamp board members and new members (with Traci Sanger comfortably straddling the line until Wednesday), were the agenda items concerning KCS renewing their retainer with a lobbying firm and joining a consortium of large countywide and suburban districts.

The retainer agreement is with Millsaps Gowan for provision of Coalition of Large Area School Systems (CLASS) government relation services at a cost of $37,500. According to their website, “Millsaps Gowan Government Relations is a full service state and local lobbying firm based in Nashville.”

The agreement letter states that they will “provide CLASS government relation services on issues related to public education.” In addition, they “will provide ancillary services such as electronically forwarding to you on a daily basis relevant newspaper articles, analyses, and important government announcements. Millsaps Gowan will also provide legislative and state administrative advocacy services including, but not limited to tracking legislation, representing CLASS interests in the legislative proves, exploring legislative opportunities to advance the CLASS agenda, monitoring actions of the state board of education, and providing timely communications to member systems.”

KCS, along with the other three large districts in TN, is a member of CLASS. Shelby County Unified, Metro Nashville Public, Hamilton County, and Knox County Schools each pay $37,500 annually to have a government relations firm to “advance the CLASS agenda,” whatever that is. The devil is always in the details. The BOE voted unanimously to approve renewal.

New for 2015 is membership in the Large Countywide and Suburban District Consortium, based in Washington DC, at an annual cost of $25,000. The Consortium is subtitled “21st Century Education Accountability: Recommendations for a new Federal Framework.”

Attachments to the BOE agenda state that, “Membership in the Consortium is limited to a select group of superintendents who demonstrate strong leadership, commitment to providing all students a high-quality education, and a record of success in preparing students for college, career, and citizenship.” Note the education reform buzz-words.

McIntyre pointed out that KCS was approached by the Consortium. He reiterated that they are “highly selective” in their invitation to districts. “We’ve been invited…I think it’s probably a worthwhile investment just to see what the potential benefit could be, to see what value we can garner from this consortium.”

Hill, Patti Bounds, Amber Rountree, and Traci Sanger expressed concerns about the cost of these agreements. Bounds asked how KCS can justify these expenses just one month after committing $500,000 for a previously unbudgeted middle school IB MYP programme, and pointed out that schools in her district don’t have textbooks for every child or copy paper, concerns echoed by the others.

But McIntyre, Lynne Fugate, Gloria Deathridge, Karen Carson, and Doug Harris were giddy about the consortium invitation. Carson dismissed concerns about the cost, and compared it to the Stanford Consortium several years ago, which she said was “incredibly beneficial.” Fugate pointed out that CLASS is built into the budget already, and that membership in the consortium is a “huge honor.” She added, “I don’t know how often you’ll be asked to the dance if you don’t say yes.”

Harris pointed out that there aren’t many opportunities for what he called “Research and Development and collaboration,” and said that in his business, it was money well spent if even one good idea comes out of it. Deathridge said, “I don’t like to be on the outside looking in, and if we’ve been invited to the dance, why not take advantage of it?”

At Wednesday’s meeting, Mike McMillan asked McIntyre what the $25,000 membership fee for the Consortium paid for. McIntyre didn’t know exactly, but thought the fee covered some funds for travel to conventions, and a facilitator. A roll call vote was taken, and the Consortium membership was approved 6-3, with Hill, Rountree, and McMillan voting no. Cha-ching.

Bounds said she hadn’t changed her mind from Monday,” but as law director Bud Armstrong has frequently said, “this board can do whatever it wants with five votes” and it was clear there were five votes. Unfortunately, a majority of the BOE think it’s more important to go to the dance than to see that our limited education dollars are put to their best use in the classroom.