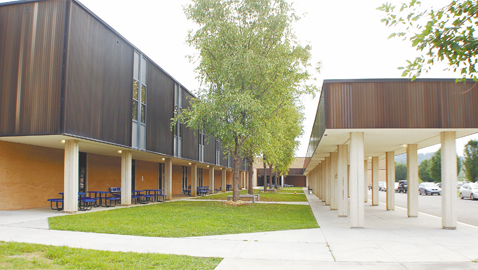 Karns High School hits the century mark this year, and helping to make the year an unforgettable one is new principal Kim Towe. What’s even more special is the fact that Towe is a former Karns student herself. She graduated from the school in 1981 and until last year lived in the community. She replaces Tracy Sands after serving as principal at the Dr. Paul Kelley Volunteer Academy. This will be her ninth year as a principal in the system.

“I’m excited to return to Karns. The community is basically the same because it’s so tightly knitted. I’m pleased to be coming home, Towe said.

One advantage for her in the position is knowing the heartbeat of the community. Towe believes in listening to people as she builds new relationships. She wants a program where sports and clubs are engaged and feel a vital part of the school. Success in those areas will draw in support from the community.

Four goals are on the table for the new principal. She wants to increase the academic challenges the students face. She also wants to begin developing individual plans for all students so they can be successful in their educational experiences. Just as important is the building of relationships with the staff at the school and letting them know they are valued. Last, she emphasizes her desire to hear concerns of all groups and feedback from parents.

Kim Towe began her work for the school year on June 17. She’s been hiring teachers, meeting staff and parents, and working with the administrative team to have a smooth beginning of the year. She says the best part of her job is working with the students.

“They are a great group of kids, and watching them grow and develop right up to graduation is a joy.”

The most difficult tasks include learning the staff and individual their strengths and meeting the benchmarks to raise academic performance. Another demanding task is to enthuse the community so that a sense of pride is rekindled. Towe claims that she is impatient and demanding of herself but realizes that all these things can’t be done overnight.

The new principal is excited to be at Karns for the school’s 100th year anniversary. She says that nothing is set yet, but staff members have broken into committees for a variety of areas. Activities during homecoming week will include a celebration of the school’s anniversary.

“We have the first school yearbook and copies of the old school newspaper. We welcome any memorabilia that individuals might wish to share. The plan is to scan old photographs and other documents for displays that are developed,” she said.

More information about the KHS 100 year celebration can be obtained by calling the school at 539-8670.

The first graduating class of Karns High School consisted of two students. This year’s student body includes 1300. Many things have changed over the years, but the spirit and closeness of the community are still strong. With the addition of alumnus Kim Towe as principal, it’s just possible that even brighter things are coming as Karns High begins its second century of educating children.