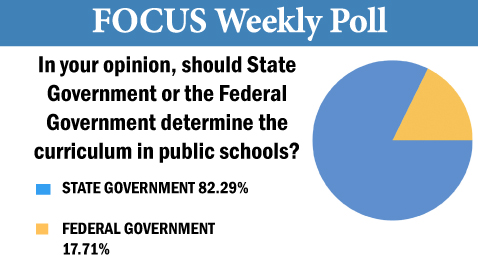 This week’s Focus poll posed the question, “In your opinion, should state government or the federal government determine the curriculum in public schools?”

Conversely, more than 90% of voters in the Seventh District said they favor state control.