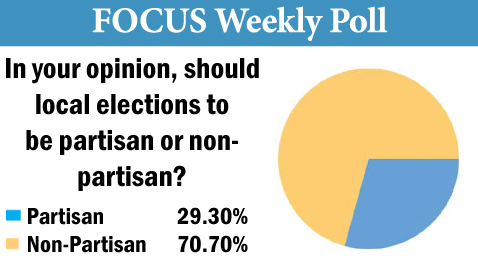 This week’s Knoxville Focus poll posed the question, “In your opinion, should local elections be partisan or nonpartisan?”  Almost 71% of those surveyed said they support nonpartisan elections.

By contrast, more than 81% of those living in the Second District, which is also entirely within the confines of the City of Knoxville, said they support nonpartisan election of local officials.

The Focus has polled on this question before and slightly more people now support electing local officials on a nonpartisan basis.