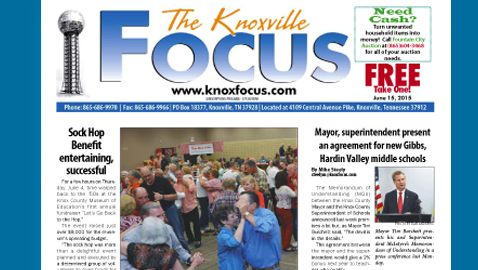 For a few hours on Thursday, June 4, time warped back to the ‘50s at the Knox County Museum of Education’s first annual fundraiser “Let’s Go Back to the Hop.”

The event raised just over $9,000 for the museum’s operating budget.

“The sock hop was more than a delightful event planned and executed by a determined group of volunteers to raise funds for KCME,” said Benna Van Vuureen, Executive Director.  “As I enjoyed the music, entertainment, and food, I became aware that all of us were coming together to preserve our educational heritage and that all of us are proud of being part of the school system. From the beginning we have had great educators and involved communities to ensure that our boys and girls would receive not only a good education, but also would develop a sense of pride in our heritage and tradition.”

The Knox County Museum of Education preserves that heritage. Knox County leads the way by being one of the few counties that have a museum dedicated to collecting, preserving, and making accessible our documents, memorabilia and memories of our school days.

“The museum belongs to all of us and it will only survive and grow as we are all involved in its future,” observed Van Vuureen.  “It’s a great place to gather to walk down memory lane. I felt a real thrill at the sock hop looking around and seeing the smiling faces and sensing that we are all working together for KCME.”

The Four Dots and a Dash re-united for a one-night-only performance of Doo Wop hits from the ‘50s and 60s.  The group began singing for retiring teachers early in Dr. Charles Lindsey’s career as superintendent of schools and then grew to become well known throughout the Southeast before disbanding in 2008.

“We’re very appreciative that the Four Dots and a Dash returned for this evening of live entertainment to benefit the museum,” said David Armstrong, chairman of the board of the museum who also doubles as the ‘sound man’ for the group.  Group members in addition to Lindsey are Dr. Fred Patterson, Chris Caruthers, Walter Mencer, and Seldon Valentine. All are current or retired Knox County School administrators.

Money raised from the sales of tickets and the silent auction will fund the museum’s daily operations. The museum depends solely on donations for financial support. The Knox County Schools provides in-kind support by housing the museum in the Sarah Simpson Professional Development & Technology Center on the first floor. The museum is a non-profit organization and is open five days each week from 11 a.m. to 4 p.m.

History certainly served history during the “Let’s Go Back to the Hop.” The South Alumni Octet members Ernie Gammon, Herb Cover, Jay Johnson, Mike Maples, Chuck Sayne, and Scott Little also performed at the event. All six men were members of the men’s octet across their years as students at South High/South Jr. High – the building which is now the Simpson Center and home of the museum. The group opened the show with the “Cas Walker Show Theme” popular in the ‘50s then added a variety of songs.

“The Mayberry group was proud to represent the good memories found on The Andy Griffith Show during that time,” said Bo Pierce who plays Briscoe Darling. “Education was important in Mayberry: from Ernest T. Bass getting his diploma for ‘Learning’, to Barney reciting The Preamble (with some help from Andy), to Andy explaining to Opie, his friends, and Barney about ‘The Shot Heard Around the World.’  Mayberry is everybody’s hometown. All of us were pleased to help generate some good memories.”

Good memories are a big part of the museum experience for the visitor, but there’s much more. “The museum offers the casual visitor a walk down memory lane in its simplest form, but it is also a valuable resource for historical research,” said Armstrong.

Hundreds of annuals from open and closed schools first grab the visitor’s attention as does the more than 300 notebooks containing the history of each school in the city or county. Scrapbooks, personal items, photos, trophies, programs, detailed records of meetings – all are available for a hands-on experience.

“Don’t throw away history” is the motto of the museum. Too often, when people are cleaning out the garage, the attic, basement or closet some valuable historical items are tossed as well.

“Please consider offering these to the museum of education,” said Armstrong.

Learn more about the museum and see more photos from the event at https://www.facebook.com/KCMuseumOfEducations and http://knoxschools.org/museum.