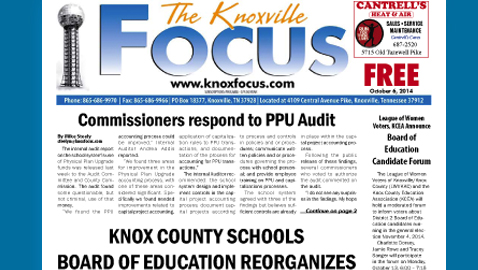 The internal audit report on the school system’s use of Physical Plan Upgrade funds was released last week to the Audit Committee and County Commission.  The audit found some questionable, but not criminal, use of that money.

“We found three areas for improvement in the Physical Plan Upgrade accounting process, with one of these areas considered significant. Specifically we found needed improvements related to capital project accounting, application of capitalization rules to PPU transactions, and documentation of the process for accounting for PPU transactions.”

The Internal Auditor recommended: the school system design and implement controls in the capital project accounting process; document capital projects according to process and controls in policies and or procedures; communicate written policies and or procedures governing the process with school personal; and provide employee training on PPU and capitalizations processes.

The school system agreed with three of the findings but believes sufficient controls are already in place within the capital project accounting process.

Following the public release of these findings, several commissioners who voted to authorize the audit commented on the audit.

“I do not see any surprises in the findings. My hope is that the schools will take the recommendations given to have a more transparent method of accounting for PPU funds and how they are spent for each project they are allocated for,” Knox County Commission Chairman Brad Anders told The Focus Tuesday.

“No surprises for me.  I suspected some sloppy bookkeeping but did not expect to see any fraud or anything unseemly,” Commissioner Richard Briggs responded.

Commissioner Mike Brown emailed this reply: “I guess that my first reaction is that I am pleasantly surprised. Of course they have had a few months to get their ducks in a row and have evidently put some new procedures in place to clear up some things that might have been a greater cause for heartburn. Still I am not entirely clear as to some of the handling on the monies concerning the new school out west. I think they are now fully aware of the fact that they are being watched more closely and hopefully this will be to the good for Knox County.”

Commissioner Jeff Ownby, who was one of the members to question the usage of the funds, told The Focus that the “smoking gun” in the audit report was the land acquisition at Northshore Elementary in 2011.

“The audit substantiated everything I brought up,” Ownby said, adding that he is hoping to meet with the Internal Auditor to discuss the audit.

“They found four violations, one was significant,” he said, referring to the purchase of land at Northshore Elementary and said that that purchase was made before the school was authorized for construction.

Amy Broyles, Commissioner of the 2nd District, said, “Our internal auditor is so good, I’m very impressed with her work.” She added that she was impressed by the school management’s response which she called “positive.”

“Overall the audit was very thorough and showed no criminal abuse. I hope it lays to rest the concerns that some people have,” Broyles told The Focus.

“I image we’ll discuss it at this month’s commission meeting and that’s entirely appropriate,” she said.