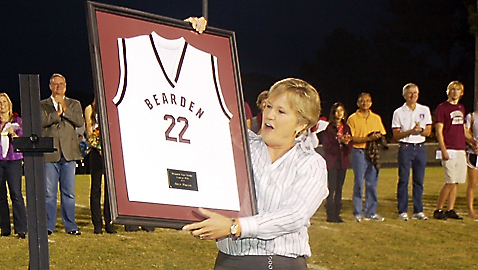 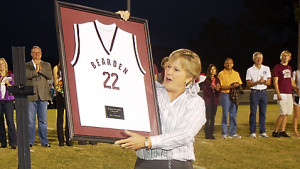 By Ken Lay
The teams have battled for 11 weeks and now the best remain in the chase for State Championships.
And those squads will be in the mix to crown State Champions in each of the TSSAA’s eight classifications. Action begins Friday night for most teams in a win-or-go-home format.
Two area teams will have opening-round byes.
Webb School of Knoxville, which has won two of the last three Division II-A State Titles, will await the winner of the Harding Academy-Zion Christian game.
The Spartans (8-1) will host the winner of that contest on Nov.9.
In Division I Class 2A: Grace Christian Academy, which will make its first playoff appearance in three years, is the overall No. seed. The Rams (9-1) will host either Silverdale or Hampton on Nov. 9 after earning a first-round bye.
In Class 3A: Defending State Champion Christian Academy of Knoxville (9-1) will be the No. 3 seed in its quadrant. The Warriors will host District 4-AA rival Kingston in the first round. If the Warriors, with their high-powered offense, are to defend their title, they’ll have to go through Alcoa.
The Tornadoes (9-1 and District 4-AA Champions) had won seven consecutive state titles until CAK snapped that streak with a pair of wins over Alcoa last season. Alcoa outlasted the Warriors 31-28 in the regular-season finale last week.
In Class 4A: Fulton (8-2) picked up a No. 2 seed and will host No. 7 Carter, one of the Falcons’ District 3-AA rivals. The Falcons won the regular-season meeting against the Hornets easily.
Meanwhile, Gibbs, a No. 6 seed, will travel to face Greeneville (7-3). The Greene Devils have brought an end to the Eagles’ season each of the last two years.
The top quadrant of the Class 5A bracket has a heavy Knox County presence as 2012 State Runner-up Powell is the top seed. The Panthers (9-1) will host District 3-AAA rival Central. The Panthers downed the Bobcats 20-0 in Week 9. Central (6-4) has won of its last six games.
The West High Rebels, the two-time defending Class 5A Semifinalists, earned the No. 4 seed and will host South-Doyle Friday night.
If the Rebels (8-2) and Panthers advance, they’ll see each other on Nov. 9 in a rematch of last year’s state semifinal game.
In Class 6A: Defending State Champ Maryville (10-0) will host No. 8 Hardin Valley.
The Hawks (5-5) have reached the postseason in each of the last three years, but are still in search of their first playoff win.
Bearden (8-2) is the No. 7 seed and the Bulldogs will travel to Kingsport to play the undefeated Dobyns-Bennett Indians.
The Indians (10-0) boast a potent offensive attack but survived an upset bid from rival Science Hill Friday night.
The Bulldogs, who lost a pair of District 4-AAA games to Maryville and rival West, promise to be a tough out in the 2012 postseason.
All playoff games’ kickoffs are set for 7 p.m. local time.