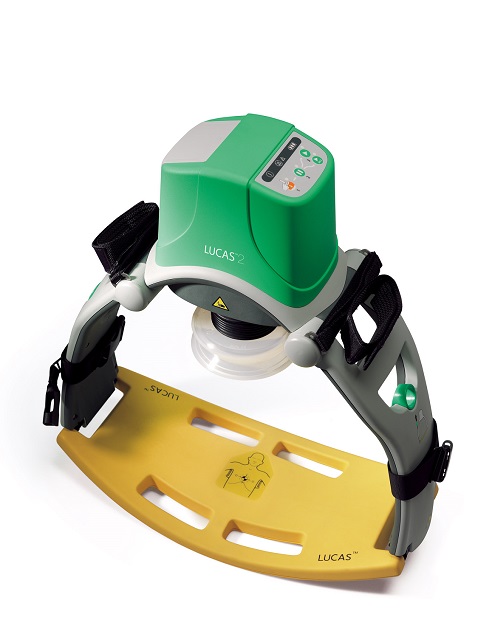 City of Knoxville Fire Chief Stan Sharp confirmed to The Knoxville Focus that the Mayor’s City budget is proposing to include twenty ‘perfect CPR machines.’ The official name of the device is the “Lucas Chest Compression System.” It is a device that performs CPR with perfection as it pumps at the optimum ratio and does not get tired or fatigued.

For first responders, this machine is critical. Performing CPR is very physically tough on the emergency medical personnel. Fatigue does take place and can result in less than perfect CPR. The ideal compression rate is 100 per minute. However, that is nearly impossible for a medical response person to maintain.

Knoxville Firefighter’s Association President Captain Kevin Faddis spoke with The Focus and gave us this insight: “The thing about it is; we are never in an area that is easy to do chest compressions. We may be wadded up in a corner or over someone trying to give heart compressions or going down stairs or long hallways.  It is tiring. I will say that. An equivalent would be for the average person to perform 100 straight-arm waist-bends.”  Also, note that firefighters often have little time to physically recuperate between calls. So five minutes later, they can be rushing into a burning building carrying people out.

The benefits of using the Lucas Device on patients has been remarkable. The most successful case of the Lucas device being in use involves Tim Franko. He was brought back to life after being clinically dead for nearly three hours. At this time, it appears to be a world record. The heart attack occurred in 2013.

The cost of each device is about $15,000. However, the City of Knoxville is not buying this blindly. The City currently has two Lucas machines on loan from the ambulance company Rural Metro. According to Knoxville Fire Chief Stan Sharp, firefighters that have access to the devices do not want to give them up. The Lucas Device has received rave reviews from his officers. In addition to making firefighters’ lives easier, the device has also increased saving heart attack victims’ lives by approximately 10%.

With the two devices being on loan from Rural Metro, we spoke with Regional Director Erin Downey, to find out just how many of these units are in operation throughout all of Knox County. Director Erin Downey stated the following information. “Currently Rural/Metro has nine devices in operation. – two on KFD engines, one with Karns FD, two on Rural/Metro, Knox County vehicles, and the remainder are at strategic locations on Rural/Metro engines throughout Knox County. With KFD implementing Lucas, we will have twenty-nine deployed throughout Knox County, which is exceptional.  It is very exciting that KFD is deploying Lucas devices; it is an exceptional tool to free up the hands of the medical responders.”

However, Rural Metro is not just relying on using the Lucas devices to make a difference. According to the Director, Rural Metro is currently developing a robust program that will greatly enhance life-saving odds. “We are working on a plan for a community-wide CPR initiative whereas several thousand citizens will be trained in hands-only CPR. In addition, we will market and attempt to track bystander CPR prior to FD or ambulance arrival. We want to save lives in all of Knox County.”

According to the Mayor Rogero, she made the decision to include the devices in the budget after meeting with Chief Sharp and hearing the feedback he has been receiving from the firefighters and medical community.  During our interview, the Mayor spoke in-depth about the Lucas device, highlighting how the machines are a great asset to the firefighters and the community.

Currently, the unofficial name for the project is the “Heart Emergency Lifesaving Program,” or “H.E.L.P.” for short.