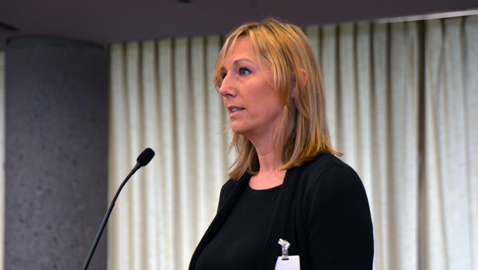 By Focus Staff
Knox County Auditor Andrea Williams presented to the Knox County Audit Committee her findings of Knox County School System (PPU) physical plant upgrade account.
The genesis of this audit came from Knox County Commissioner Jeff Ownby who told this reporter today that he received phone calls from constituents that asked him to take a look at the PPU account. According to Ownby these were former employees of the school system that had knowledge of the financial dealings of the system’s accounting procedures.
Funds from the PPU account are earmarked for capital projects only and not to be used for new structures.  Ownby claims that money from the PPU account was used not only for land purchases for the new Northshore Elementary School, but also for band equipment purchases and a piano. Ownby claims this is a violation of how the PPU account should be used.
After requesting the information from the school system in March of this year, Ownby claims it took 13 days for him to receive the information requested, although he was supposed to receive the information in 10 days. It was at that point after reviewing the information provided that he felt an audit was in order.
Williams reported that the audit for the PPU account is incomplete and she’s unwilling to discuss preliminary results. She expects that it (audit) should be complete in approximately one month.
There was unanimous agreement of the committee that four offices with incoming new office-holders have close-out audits performed: Two by an external audit firm and two internally. Larry Elmore, from Pugh, CPAs is the external firm chosen for external auditing.
Those four offices are: Trustee; Criminal Court Clerk; District Attorney General; and Fourth Circuit Court.
In other business Mark Jones updated the committee about the Knox County hotline. He reported six cases had been reported. One case was closed and five cases are still open. All six cases were investigated. Jones said that most all reports were valid.
Bob Thomas, assistant superintendent of schools for Knox County, reported that the school board approved funding for a new bookkeeping system that will allow online viewing for all school activity financial transactions throughout the year. He reports that $19.5M in transactions from activity funds came through the school system last year.
The next meeting of the Audit Committee was set for Aug. 12 at 9 a.m. in the City-County Building Main Assembly Room.