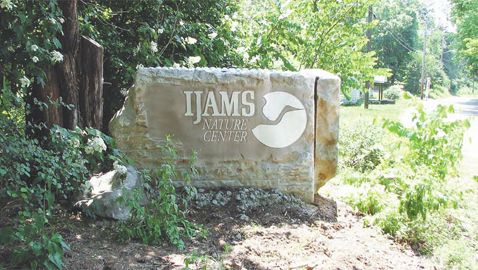 As The Focus continues our series about the neighborhoods in Knox County, we return to South Knox County. The area “across the river” is so large and diverse that any glimpse at that vital part of our county can take several articles. This week we look at the Island Home neighborhood, including Ijam’s Nature Center and neighborhoods along Chapman Highway.

The Henley Street bridge is open! All four lanes!

Last week’s lane openings opens South Knoxville to direct access for everyone and means that Chapman Highway businesses might resume their normal commerce as the state removes the Interstate and downtown detour signs.  The closing had affected commuters coming to work in downtown Knoxville, travelers to the Smoky Mountains, and anyone that normally uses that busy route.

South Knoxville is a vital part of Knoxville and Knox County. Bridges linked the section to the city and the rest of the county in the years following the Civil War and many residents commute from there to their jobs. Many other Knox County residents shop in the Southern part of their county or visit the various parks, Civil War sites and greenways there. South Knoxville began becoming part of the city in 1917.

The area Neighborhood Associations care for their area, sponsor events, and cooperate with local businesses to support commerce there.  John Sevier, our state’s forefather, lived there, as did Sam Houston, the Tennessee and Texas governor.

Many people, because of the previous re-routing of traffic onto James White Parkway, got to see some neighborhoods they normally would not, including Island Home and the Ijams Nature Center.

The Island Home neighborhood is a historic area that predates the inclusion of South Knoxville into the city and began as a summer cottage and retreat for Knoxville businessman and educator Perez Dickerson. He owned the land there, including Williams Island where the Island Home Airport is now located. His home still stands on the grounds of the Tennessee School for the Deaf next to the neighborhood and the Dickerson home is now the residence of the school superintendent.

The Tennessee School for the Deaf began in 1844 and, today, is a state operated facility for pre-Kindergarten through 12 grade children who are deaf or hearing impaired. It’s on the National Register of Historic Places and the school has many honors, including those of its various sports programs.

With the completion of the Gay Street Bridge came the trolley line and you can still see the rounded curb there in the medium along Island Home Boulevard. The trolley and the bridge spurred the single family homes that were constructed starting in the early 1900’s. Today Island Home has many historic bungalow and craftsman type homes, some with cobblestone foundations, columns, and porch posts found nowhere else in the area.

As Island Home developed the Knoxville Trolley ran through the community. The old tracks followed the medium along the street and you can still see the rounded curbs built along the long abandoned line.

Staub said he’s lived in Island Home for 6 years in a house once owned by his wife’s aunt and uncle. Many residents have lived there for generations and today’s population includes both younger professionals and retirees. The South Waterfront Project begins at the entrance to Island Home and extends down the river to beyond the Henley Street Bridge.

He said the neighborhood has a relationship with the Tennessee School for the Deaf and occasionally uses those facilities for meetings. Each year the association presents a student selected by the school with a gift and a plaque.

The Island Home Park neighborhood borders the historic Tennessee School for the Deaf,.

The Island Home Park and Will Skelton Greenway stretch along the Tennessee River along the north part of the neighborhood and features tennis, a playground, canoe launch, picnicking, a ball field, and scenic views.

Ijams Nature Center is nearby and offers about 100 acres of Urban Wilderness for hiking, mountain biking, canoeing, fishing, bird and wildlife watching. The nature preserve was founded more than 100 years ago by the Ijams family and, in the 1960s, was acquired through the efforts of the Knoxville Garden Club, the Knox County Council of Garden Clubs, and the City of Knoxville. It has a museum store and the greenway connects to the Forks of the River greenway. Two quarries there, the Mead Quarry and the Ross Marble Quarry, have been approved by the state for submission to be added to the National Register of Historic Places.

The center began as a bird sanctuary by Harry Ijams and his wife Alice Yoe Ijams. Both were nature lovers and supporters of regional Girl Scout groups. Ijams is the third most popular destination in Knoxville and the paved and unpaved trails take you through both sides of the outdoor park.

At Ross Quarry you can explore the old marble facility, walk through the “Key Hole” and climb on top for the view. You can visit the 25 acre lake at Mead’s Quarry.  Haywood Hollow features bluffs, sheer rock walls and a gorge.

Ijams has trails leading from the Museum and Gift Shop that wind across the hill either way and down to the boardwalk along the Tennessee River. Jo’s Grove is a playscape designed just for children, where they can play and explore nature.

The 1910 home of the Ijams family is part of the park and includes 16 acres where you’ll find the Serendipity and Discovery Trails.

March is Hike-A-Than time at Ijams and you can register as a single or team hiking group and help raise funds for environmental and historical resources at Ijams. The special event kicks off March 1st and runs through March 29th. Interested hikers should contact Jill Sblett at 577-4717 ext. 123 or email her at jsblett@ijams.org.

This South Knox neighborhood started about 1940 on part of what had been the McCall family farm. Colonial Village has grown to include a community with four churches and an elementary school.

“We’ve adopted Mooreland Heights Elementary School and help raise money for their Safety Patrol’s annual trip to Washington,” said Terry Caruthers of the Colonial Village Neighborhood Association. She said the neighborhood is made up of 13 subdivisions and 99.5% of the houses are single family homes and 75% are owner occupied.

“The Association was formed in 2002 and we’ve accomplished several things, including getting the speed on Chapman Highway down to 45 miles per hour,” she said. They have also created traffic calming and a neighborhood welcome sign at the main entrance.

“Our only fund raiser is our dues,” she said, adding that their Association meets every second Thursday of each month and the next meeting is March 13 at 7 p.m. at the Church of God’s Fellowship Hall. A Knoxville police liaison officer meets with the association.

“They’ve been really nice about letting us meet there,” Caruthers said.

“We’re trying to get a new focus, new officers, and new energy,” she said.

Each of the neighborhood organizations select two members to the SKNBC, which meets monthly, along with two business representatives from the South Knoxville Business Alliance, Monty Stanley of Stanley’s Greenhouse and Antoinette Fritz of Myrtle’s Mess Antiques.

“We’re really excited,” Monty Stanley said, referring to the Henley Bridge opening. “So much has happened downtown and we hope to tap into that market.” Stanley added that there may be new businesses opening on Chapman Highway and the Urban Wilderness in the area should help also.

The South Knoxville Business Alliance’s goal is to ”strengthen our unique district by sharing our hidden treasures.” Recent events included a trash clean-up at Fort Dickerson Park. About 40 businesses make up the alliance.

“We’re trying to get our feet on the ground,” Stanley said of the Alliance,

The next meeting is March 17, at 6:30 p.m. at Labor Exchange (next door to Disc Exchange).  You can find the organization at “ktownsouth.org.”

While not officially part of “South Knoxville” or South Knox County, our southern neighbors of Blount and Sevier Counties are served by Chapman Highway and are unofficially part of our tour.     Knoxville residents know that taking the route is often the quickest way to reach the Smoky Mountains and all the attractions there, but there are places along the way that are interesting and worth seeing.

Blount is named for William Blount, the first and only governor of the Southwest Territory and a later Tennessee Senator.

Blount County is also the home of the Sam Houston School House, located between Seymour and Maryville, and the Boyd’s Creek Community, site of a bloody battle between territorial militia and the Chickamauga Cherokee prior to statehood.

The full opening of the Henley Street Bridge now links the entire South Knox area to exploration and travel.