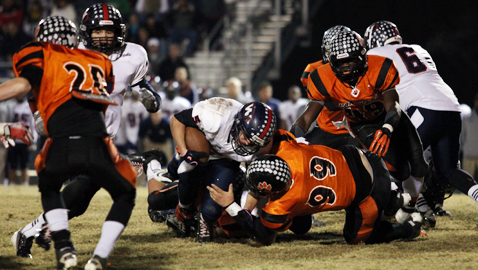 Powell advances on to the quarterfinals, will play host to Tennessee High on Friday 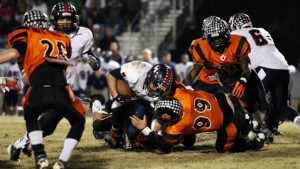 Powell defenders (in orange) Cody Jett (20), Brady Scalf (99) and Devin Scott (49) close in to make the tackle on West ball carrier Nathan Cottrell. Powell defeated West 28-17 on Friday and will advance on to host Tennessee High this Friday night in the Class 5A quarterfinals. Photo by Eric Kennedy.

By Bill Mynatt,
Radio Voice of Powell Panther Football on AM 620 WRJZ
PowellFootballRadioVoice@yahoo.com