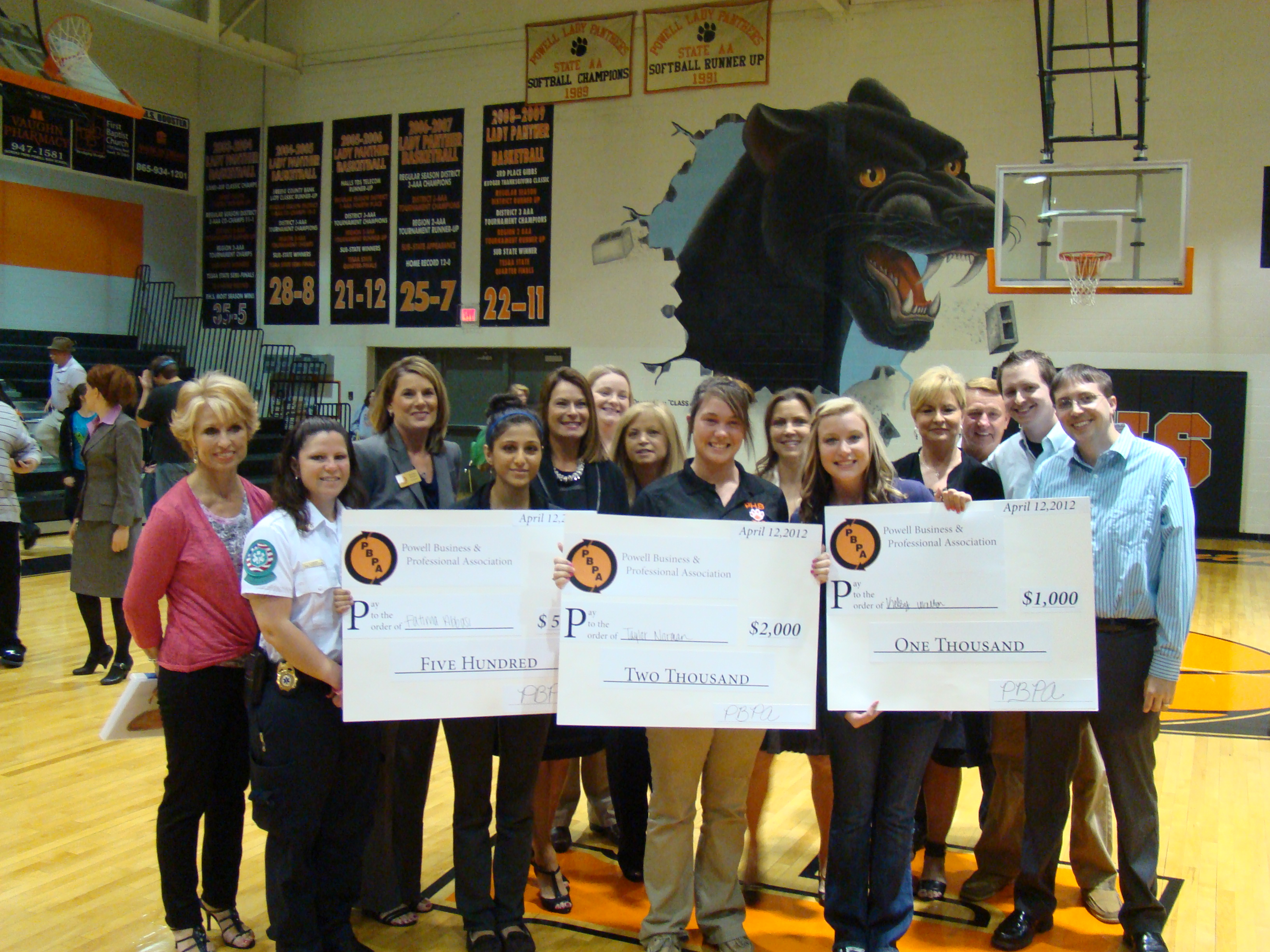 The Powell Business and Professional Association (PBPA) along with Rural/Metro Corporation, local and corporate sponsors and Powell High School Staff brought Teen Safe Driver Week to Powell High School students last week. The spring months of April, May and June that include prom and graduation have proven to be the deadliest for alcohol-related teen fatalities according to the National Highway Traffic Safety Administration (NHTSA). To help raise awareness, and educate students, the PBPA in conjunction with Rural/Metro implemented the Powell High School Teen Driver Awareness Program in 2009 in response to the high number of teen deaths due to vehicle accidents that occurred from 1999 to 2003.

Letters were mailed to parents of students with Learners Permits and Driver’s Licenses the week before explaining the “Safe Driving Commitment Card” students were encouraged to sign. Every student who signed a commitment card was eligible for a drawing at Thursday’s award assembly.

Tuesday morning, students were greeted by Chick-fil-A and Bojangle’s representatives handing out coupons to those who were wearing their seatbelt as they drove into the PHS parking lot. Two mock crashes were presented to students later that morning by Rural/Metro along with the PHS Drama department in the PHS parking lot to show the students the life threatening consequences of poor choices while driving.  A team of Emergency Responders including fire trucks, ambulances and University of Tennessee Medical Center Life Star helicopter was present to give the students a realistic visual demonstration. Students also listened to a Tennova Emergency Room Surgeon, State Farm Agent, Sage Khoeler, PHS faculty and others as they shared facts and statistics about teen driver safety, and safe driving practices. Students were given opportunity to ask questions and interact with the speakers.

The finale was an assembly held for all students on Thursday. PBPA members and sponsors participated with students as they gave away over and $5000 in prizes and scholarships to students whose signed commitment cards were drawn. Many of the prizes were items that every safe driver could use, and some were just the kind of things teenagers love. Prizes included gift cards for the purchases of sunglasses  to ward off glare, a Bluetooth ear piece for hands free emergency calls, a navigational system, a number of $50 gas gift cards , movie and restaurant gift cards, even a pair of PHS Prom tickets, and for three lucky seniors,  scholarships in the amounts of five-hundred, one-thousand, and two-thousand dollars.