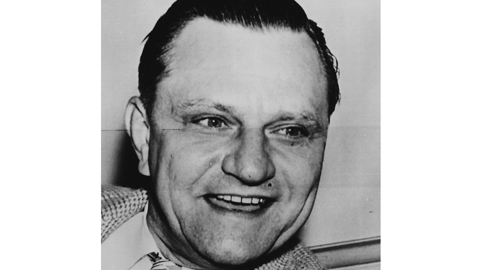 Congressman Clifford Davis of Memphis had served in the House of Representatives since 1940 and in 1959 was the chairman of the House Public Works Committee.  A relatively obscure committee to most folks, it became of prime importance to Tennessee.  Davis was pushing a bill vital to the Tennessee Valley Authority, a self-financing measure which would keep TVA solvent.  Davis was hampered by fierce opposition from the administration of President Dwight D. Eisenhower.  The administration’s hostility ensured resistance to the bill from House Republicans.  The self-financing bill also faced opposition from the private power companies who loathed the Tennessee Valley Authority, as well as the Chamber of Commerce and the National Manufacturers’ Association.  The sixty-one year old congressman from Shelby County also had to keep an eye on retaining his seat in Congress and was sure to face serious opposition in the 1960 election.  A coalition of organized labor and African-American voters was eagerly looking for a candidate to oppose Congressman Davis.  With E. H. Crump gone, Clifford Davis was thought to be ripe for defeat.

Adding to Davis’s woes was an editorial appearing in the Nashville Tennessean, which mildly criticized the Memphis congressman for his reluctance to push the TVA bill to the House floor.  Congressman Davis had added to his own dilemma by publicly stating he would guide the TVA to passage or resign his seat in Congress.  As the Tennessean pointed out, Davis’s own deadline had come and gone.

During a meeting of the Tennessee Congressional delegation to discuss the progress of the bill, Clifford Davis spent much of his time complaining about the editorial, as well as defending himself.  The Tennessean noted Davis had originally believed he would have the bill ready to send to the floor and have it approved by January of 1959.  By March of that year, Davis was still holding hearings on the TVA legislation.  Clearly, Clifford Davis did not believe there were enough votes to pass the measure.  Tennessee congressmen were frank in admitting there was little hope of reporting and passing the bill, if it passed, before the Easter recess of Congress.

Davis was still doggedly attempting to pass the TVA bill during the summer months.  The Senate had approved the bill and when Davis attempted to bring up the legislation in the House, Congressman Charlie Halleck, the GOP leader, blocked it.  Davis had moved to substitute the Senate bill for the House version and bring it to a vote, which brought an objection from Halleck.  A single objection by any congressman proved to be fatal to a bill not previously approved by the House Rules Committee and Halleck effectively killed Clifford Davis’s motion.

“From the very beginning I have warned we would have to fight every inch of the way to get a bill passed,” Davis sighed.  “This is just one more battle in a long fight.  I cannot understand why the Republican leadership is opposed to the bill in its present form.”

“Every private power company surrounding TVA has written Rep. Carl Vinson in support of the senate bill.  The treasury department is satisfied,” Davis pointed out.  “Congress has kept control of TVA under terms of the bill.  The President has kept control through the appointment of the three members who operate TVA.  I cannot understand why he would veto a bill such as the one we have now.”

The Senate’s version of the bill had only been passed after adding amendments prohibiting the Tennessee Valley Authority from “expanding more than five miles beyond its present power service area boundary” as well as giving the Secretary of the Treasury the authority to “review the agency’s proposed revenue bond sales.”

Eventually Clifford Davis was successful in having the Senate version of the self – financing bill passed for the TVA.  Yet Davis did not forget the opposition he had faced from the Eisenhower administration.  When President Eisenhower vetoed the $1.2 billion public works bill, Congressman Clifford Davis joined all but two of his colleagues in the Tennessee House delegation in voting to override the veto.  Only Carroll Reece, a Republican, and Tom Murray, a Democrat from Jackson, Tennessee, voted to sustain President Eisenhower’s veto of the public works bill.  One of the more entrenched members of the Tennessee delegation, Murray was described as an “ultra-conservative” by some of the press, especially the Nashville Tennessean, which never failed to complain Murray sided more often with Republicans in the House than his fellow Democrats.  Congressman Howard Baker, a Republican, joined in voting to override President Eisenhower’s veto.

As an aging incumbent, Clifford Davis had been the subject of retirement rumors, but the congressman announced in the fall of 1959 he would be a candidate for an eleventh term the following year.  Organized labor remained unhappy with Clifford Davis’ voting record and in June of 1960 Richard A. Farrell, president of the Teamsters Union local in Memphis, announced he would challenge the congressman in the Democratic primary.  Davis was one of three incumbent congressmen in Tennessee facing a challenge from organized labor.  Congressman James B. Frazier, Jr. of Chattanooga and Congressman J. Carlton Loser of Nashville had also been targeted for defeat.  Farrell complained Davis was a do-nothing congressman and claimed Davis had once told him, “$1.50 an hour is good enough for any working man to make.”

Congressman Davis largely ignored Richard Farrell and campaigned on his long record of service to Shelby countians.  Labor’s unhappiness with the congressional trio boiled down to support for the Landrum – Griffin bill, which one primary opponent described as “punitive legislation against labor unions.”  Loser, facing the toughest challenge, won another term by beating Richard Fulton, then a young state senator.  Both James B. Frazier and Clifford Davis easily defeated their own challengers; in fact, Congressman Davis beat the stuffing out of Richard Farrell.  Davis sailed through the general election while Richard Nixon was carrying Tennessee over John F. Kennedy.

As Clifford Davis won his eleventh term in Congress, the state legislature had to consider redistricting for the congressional seats in Tennessee.  West Tennessee was, to say the least, out of balance.  Davis’s Ninth Congressional district contained more than 600,000 residents, while the Seventh and Eighth district, which abutted that of Clifford Davis, had 232,000 and 223,000 residents respectively.  It soon became clear Shelby County would have to be divided into other congressional districts, a matter of concern for Clifford Davis’s continued political well-being.  In the meantime, Congressman Davis, along with every other Tennessee Democrat, celebrated the election of John F. Kennedy as President of the United States.  After having been shut out of the White House for eight years, the Democrats were returning to power, which meant that Democratic congressmen would once again enjoy patronage plums.  Senators Kefauver and Albert Gore quickly reached an agreement to divide the spoils in the two districts with Republican congressmen.  In the other districts, the senators would “consult” with the sitting congressman before making any federal appointment.

As the new session of Congress began, illness took its toll on several of the incumbents.  Davis was confined to his home while Carroll Reece and James B. Frazier both languished in the hospital.  Frazier recovered, but Carroll Reece was suffering from the lung cancer that would kill him within a few months.  Whatever ailed Clifford Davis, it was enough to send him to the hospital as well.  Davis was well enough to return to the House where his vote was urgently needed by Speaker of the House Sam Rayburn.  The Speaker was attempting to increase the membership of the powerful House Rules Committee, which was dominated by a profoundly conservative Democrat, Howard W. Smith of Virginia, who was hostile to much of President John F. Kennedy’s program.  Known as “Judge” Smith, the wily Virginian was known for bottling up bills he did not like and allowing them to die a slow death inside his committee.  Rayburn was challenging the power of Judge Smith and needed every vote he could get.  Tennessee’s House delegation split 5 – 4 with Clifford Davis, Joe L. Evins, Ross Bass and J. Carlton Loser backing the Speaker.  Republicans Carroll Reece and Howard Baker joined James B. Frazier, Tom Murray, and Robert “Fats” Everett in voting with the conservatives.

Carroll Reece, a congressman from Tennessee’s First District, died on march 19, 1961.  Reece had represented his district from 1923 on and off until his death.  Tributes to the late Republican congressman came from all across Tennessee and the nation.  Clifford Davis praised his late colleague as “a very warm, personal friend.”

Congressman Clifford Davis, along with Carlton Loser and Tom Murray, voted against President Kennedy’s effort to increase the minimum wage to $1.25.  Rising Tennessee Democrat John Jay Hooker, then a young attorney, visited Congressman Clifford Davis in Washington to lobby the congressman on behalf of the Kennedy administration.  Much to Hooker’s surprise, he managed to irritate the veteran congressman and for his trouble got “a severe tongue-lashing.”  Davis snapped he did not care to be “badgered” and had no intention of discussing the minimum wage legislation with Hooker.  Davis’ attitude was noted by the Kennedy administration and speculation ran rampant that the Memphis congressman, as well as Congressmen Carlton Loser of Nashville and “Fats” Everett of West Tennessee, were going to lose their patronage rights.  Southern Democrats who voted with Republicans against the administration were threatened with retaliation.  Evidently, neither Davis nor Loser were intimidated by the threat as both voted against an appropriation of almost $400 million proposed by President Kennedy and designed to assist “economically depressed areas.”  Davis was ill and absent from the House when the final version of the bill came before the House, although Loser persisted in opposing it.

Despite having had been easily reelected in 1960, it was clear Clifford Davis would face yet another challenge if he sought reelection in 1962.  Opponents of the congressman were promoting the candidacy of Ross Pritchard, a young professor of political science at Southwestern University.  Pritchard did have one political connection that likely gave Congressman Clifford Davis considerable pause; the professor was the brother-in-law of Memphis Mayor Henry Loeb.  Ross Pritchard had made a visit to Capitol Hill while assessing his chances against Davis and the Tennessean, no admirer of Cliff Davis, chortled Pritchard “left little doubt that he will make a bid for Davis’ congressional seat next year.”  Pritchard was also apparently a friend of John Jay Hooker, as well as Robert F. Kennedy, Attorney General of the United States under his brother.  Hooker chaperoned Pritchard through the corridors of power in Washington and said he would help the young candidate raise money for his campaign should the professor decide to make the race against Congressman Davis.  Nor was Ross Pritchard entirely a political neophyte, having helped his brother-in-law get elected mayor of Memphis and he had managed Estes Kefauver’s reelection campaign inside Shelby County when the senator had faced a stiff challenge from Andrew “Tip” Taylor in 1960.  The Tennessean noted the political difference since the death of E. H. Crump, saying Cliff Davis  “never really get out and beat the bushes for votes.”  Lois Laycock wrote, “Back in the old days Crump ran the show.  He raised campaign funds for Davis, got out the vote, and the congressman coasted into office election after election.”  More ominously, Laycock noted, “Davis has had no strong opposition since Crump’s death…” and concluded, “Pritchard may give him a run for his money.”

Times were changing in Tennessee.  There was evidence of a growing resurgence of Tennessee Republicans, little noted by many Democrats in the Volunteer State.  There was also growing evidence of a widening spilt amongst Tennessee Democrats between conservatives and those who supported the administration of John F. Kennedy.  It was certain if Clifford Davis wished to remain in Congress, he would have to fight to stay there.