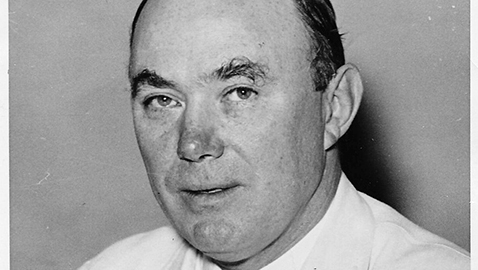 By Ray Hill
President Franklin Delano Roosevelt, coming off his greatest reelection campaign, had announced he was submitting legislation to Congress to expand the United State Supreme Court.  Roosevelt’s proposal was widely and bitterly attacked in much of the press and despite huge Democratic majorities in both Houses of Congress, many Democrats were openly opposed to FDR’s proposal.

The bill as presented to the U. S. Senate, would give President Roosevelt the ability to appoint a new justice to the U. S. Supreme Court for each sitting justice remaining on the court who was seventy years and six months old.  Roosevelt could appoint as many as six new justices.  Many Americans, as well as members of Congress, believed the legislation was merely Franklin Roosevelt’s attempt to reverse court decisions holding New Deal legislation unconstitutional.

Fred A. Seibel, cartoonist for the Richmond Times Dispatch, did a devastating cartoon depicting “The Spirit of ‘37” showing the “executive” Franklin Roosevelt marching along with a smaller grizzled figure representing the legislative branch of the government, both of them beating drums, FDR’s own drum labeled the “New Deal”.  Standing apart from the marching figures was that of the judicial branch of the government, the bearded Jovian figure of Chief Justice Charles Evans Hughes.

The cartoon showed FDR barking to the Chief Justice, “FALL IN!”

Another cartoon showed President Roosevelt, his famous jaw line jutting out, telling a stately and elderly justice sitting at a rostrum engraved with “A Free And Independent Judiciary” to “Retire or move over!”

Yet another cartoon published in the Los Angeles Times and drawn by Bruce Russell showed two enormous hands, one hand grasping a helpless legislative branch while the other grasped for the judicial branch of the government.  The cartoon was entitled, “The Hands of Dictatorship.”

After finally managing to muzzle former president Herbert Hoover, who remained deeply unpopular with much of the American public, Republicans had adopted a strategy of allowing the Democrats in Congress to fight it out amongst themselves.  When it came time to vote, the sixteen Republicans in the United States Senate would lend their votes to those opposition Democrats, but they said little during the debates.  As Congressman Hatton Summers of Texas, Chairman of the House Judiciary Committee, was opposed to FDR’s court-packing scheme, the administration decided to try and pass the bill in the Senate first.  Senate Majority Leader Joe T. Robinson of Arkansas had been promised the first seat on an enlarged Supreme Court by FDR and he doggedly pushed the legislation day after day.

Robinson’s job was made all the harder by Senator Henry Fountain Ashurst of Arizona.  Ashurst was a dazzling orator and had initially announced his support for President Roosevelt’s notion of enlarging the Supreme Court, but the wily Arizonan had delayed opening hearings on the bill.

When pressed, Ashurst replied, “No haste, no hurry, no waste, no worry – – – that is the motto of this committee.”

Eventually, the bill would languish inside the Senate Judiciary Committee for some 165 days.

Senator Burton K. Wheeler of Montana, a maverick and progressive Democrat from Montana, led the opposition in the Senate against the plan.  While the bill remained bottled up inside the Judiciary Committee, the president’s plan was still discussed on the floor of the Senate.

The Senate Majority Leader had a temper even more pronounced than that of the peppery K. D. McKellar.  Wheeler managed to bring the Majority Leader to a boil in one brief exchange, which also brought Senator McKellar into the argument.

Joe Robinson announced that the Supreme Court had “completely reversed itself” in the minimum wage case.

Senators Wheeler, McKellar, and Ashurst all came to their feet at the same time, seeking recognition from the chair.  Wheeler denounced those who “seek to destroy the Supreme Court, or the public’s confidence in the court.”

Senator McKellar roared the Supreme Court had first declared the Minimum Wage Act unconstitutional, only later to declare the same act constitutional.  McKellar accused the high court of having amended the U. S. Constitution.

Wheeler attempted to taunt the ill-tempered Robinson by saying, “I assume the senator is delighted.”

His face turning crimson, the Majority Leader pounded on his desk, screaming, “Of course I’m delighted.  I’ve never been able to understand the theory on which the Supreme Court upheld the New York or the District of Columbia minimum wage laws unconstitutional.

“But what happened to the women and children who, on the basis of the previous New York wage decision, had to return to the sweat shops?” Robinson demanded.  “I am glad now the court has completely faced about and recognized the necessity of overruling its former decision.”

Senator Wheeler calmly said he completely agreed with Robinson on the wage cases and opined the Supreme Court decision involving the Agricultural Adjustment Act was wrong.

Senator Royal S. Copeland, a physician who had been in the Senate since 1923, announced he was opposed to Roosevelt’s plan.  The fact Copeland represented New York State in the Senate was lost on no one.

“I applaud the great social objectives of the administration,” Copeland carefully noted, but he went on to say the courts are the key to American liberty and should be “unresponsive to the pressure of popular clamor.”

West Virginia senator Matthew M. Neely was due to make a radio speech supporting the president’s plan, but for some unknown reason he did not do it.  Instead, Senator McKellar substituted for Neely.

McKellar dismissed the idea the fight was between President Roosevelt and the Supreme Court, but rather a conflict “between outworn and outlived reactionary policies of government and the modern policies of real democracy and real freedom.”

Senator McKellar made it plain that President Roosevelt was the “real leader of the modern ideal and the modern policy.”  McKellar consigned the Supreme Court to serving as the “last bulwark of an outlived reactionaryism.”

While McKellar was making his radio broadcast, North Carolina senator Josiah W. Bailey and former president Herbert Hoover were opposing the plan in radio talks of their own.  It was one of the last public comments Hoover made about the plan before fellow Republicans convinced the former president to allow Democrats to divide themselves over the controversial legislation.

By early June, President Roosevelt found himself reeling.  Senate Democrats were about evenly divided and while there were only sixteen Republicans remaining in the U. S. Senate, they could be depended upon to vote against FDR’s court-packing bill as a block.

Worse still, Roosevelt was stunned to hear that Vice President John Nance Garner was leaving Washington for his home in Uvalde, Texas.  Garner was a popular figure among Senate Democrats and his early departure was seen as disapproval of the court-packing bill.  It was the first time in his long career that Garner had ever gone home to Texas while Congress remained in session.

The news continued to be bad for Franklin Roosevelt.

The Senate Judiciary Committee issued a report condemning the president’s plan to enlarge the Supreme Court.  Ten senators had signed the majority report, seven of whom were Democrats.  The report spared Roosevelt little, claiming the bill constituted a “vicious precedent which must necessarily undermine our system.”  The majority report bluntly stated FDR’s bill was an effort “to punish the Justices.”

The normally stubborn Roosevelt was ready to listen when Senator Joe Robinson suggested it might be well to bring Democrats together.  The two concocted a weekend affair at the Jefferson Islands Club.

The four hundred Democrats in Congress were invited to attend over the weekend of June 25.  A fleet of Navy patrol boats ferried congressional and other important Democrats to the island in shifts over the course of three days.

It was purely a social occasion with good food, ice-cold beer, and entertainment.  The president was seated in a chair underneath a large tree so that he was in the shade.  Roosevelt was very casually dressed, wearing neither a coat nor a tie.  The president greeted friend and foe equally cordially and some Democrats began having second thoughts.

The personal charm of Franklin D. Roosevelt was legendary and for good reason.  The Jefferson Islands Club festivities paid handsome dividends.  Soon there was talk of compromise.  A bill emerged giving the president the authority to appoint a new justice of the Supreme Court once a year for each sitting justice over the age of seventy-five.  Considering Justice Willis Van Devanter had announced his retirement, the effect of the bill would be to allow FDR to appoint three new justices in the 1937 – 38 time frame.

Assisted by Alben Barkley of Kentucky, Sherman Minton of Indiana, and Hugo Black of Alabama (both Black and Minton were future justices of the Supreme Court), Joe Robinson painstakingly cobbled together a majority of votes for the compromise bill.  Even opponents of the revised legislation admitted there were enough votes to pass Robinson’s compromise.

As the summer dragged on, many members of Congress wanted out of the sweltering humidity and heat of Washington, D. C.  The heat was made even more sub-tropical when a heat wave struck the Capitol.

Tempers grew short, especially that of Majority Leader Joe Robinson.  Compared to an enraged bull, the Majority Leader seemed especially out of sorts.  Finishing a grueling two hours on the floor of the Senate, Robinson casually reached inside his suit coat and produced a cigar and the horror of his colleagues, lit it.  Smoking on the floor of the Senate was considered as grave an offense as murdering a colleague and Robinson seemed not to realize what he was doing for a moment, then turned white.  He abruptly refused to answer any more questions and left the Senate floor.

Days later, Robinson’s body was found by his maid in the bedroom of his apartment in the Methodist Building.  Robinson was clad in his pajamas and clutching a copy of the Congressional Record.  Joe Robinson’s death was a profound shock to his colleagues and Senator Copeland announced he saw death stalking the Senate Chamber.

“Had it not been for the Court Bill he [Robinson] would be alive today,” Wheeler declared.  “I beseech the President to drop the fight lest he appear to fight against God.”

The compromise bill died with Joe Robinson.  Many senators who had decided to support the compromise legislation had done so because of affection for or fear of the Majority Leader.  Vice President Garner came back to preside over the bill’s demise.  Garner did plead for party unity and urged Democratic senators not to indulge in giving Roosevelt “any kicks in the face.”

Senator Marvel M. Logan of Kentucky had the chore of burying the bill, as the newly elected Majority Leader, Alben Barkley, had refused to do so.  The Democrats had agreed to allow the motion to be routinely approved with not the slightest debate or a roll call vote.  That is when Senate Minority Leader Charles McNary quickly got to his feet and demanded a roll call vote.

Twenty senators stubbornly voted against the motion to recommit the compromise bill, including Senator K. D. McKellar.  Tennessee’s other senator, George L. Berry, although inside the Senate Chamber, refused to vote.

It was yet another sign that Senator Berry was drifting away from his original New Deal moorings.  Berry was engaged in a bitter dispute with the Tennessee Valley Authority over his marble holdings in East Tennessee that were being inundated by water.  Berry claimed his holdings were worth millions, a claim one TVA Director considered so preposterous as to merit the senator being criminally prosecuted.

President Franklin D. Roosevelt did not forget his friends nor his enemies.  FDR did not forget K. D. McKellar’s loyal support nor did he forget George L. Berry’s perfidy.