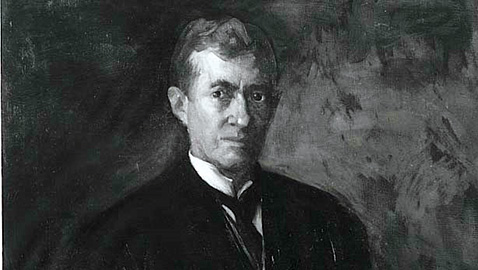 Malcolm Rice Patterson, the “gamecock” of Tennessee politics, had left the governor’s mansion in 1911 as a hugely controversial figure and bitterly hated by many inside his own party. To make matters worse, a combine of “fusionists,” Democrats opposed to Patterson and Republicans, had elected Ben W. Hooper governor in the 1910 election. That only increased the dislike of many Democrats for the former governor. Symptomatic of many Democrats, Luke Lea’s Nashville Tennessean published a gloating editorial as Patterson left the governor’s office. Confessing its “gratification” with the election of a new governor, the Tennessean noted Hopper had been placed in the governor’s chair not because he was a Republican, but rather because the people of Tennessee in “their majesty, their strength and their judgment” had chosen a man they believed they could trust “to rule fairly, honestly and impartially over the public affairs.”

Patterson returned home to Memphis where he practiced law and pondered a comeback. By the end of the year, Patterson’s legal skills would come in handy as he left Tennessee for Seattle, Washington, where his son, Malcolm C. Patterson, was being held in the county jail. The twenty-three year-old Patterson had been charged with assault and intent to kill one R. T. Seal. According to news reports, Seal’s condition was serious, cautioning, “The injured man may recover.” The former governor was allowed to leave Seattle with his son, but only after the younger Patterson had been adjudged to be insane. Patterson was to bring his son home and place him in the Tennessee State Asylum for the Insane. Worse still, were the newspaper reports following an assessment of Malcolm C. Patterson’s condition. The former governor’s son had shot and seriously wounded R. T. Seal while he “was suffering from alcoholic epilepsy, or ‘dipsomania induced by drinking continuously for five years’.” That was the official finding of the “lunacy commission” gathered to assess Malcolm C. Patterson’s mental health. The commission also determined Patterson represented a threat to the public at large. Former governor Patterson went through the humiliation of having to testify on behalf of his son. Patterson admitted his son had not done well in school, “resorted to low companionship”, as well as “refusing to associate with persons of his family’s social standing.” The latter, according to the father, led the younger Patterson “into many unseemly escapades, one resulting in his being slashed across the face with a knife.” A Memphis police captain also testified he did not believe the Patterson son to be sane, citing the “frequent brawls” in which the former governor’s son engaged in within the Bluff City. Captain O’Haver told the commission Malcolm C. Patterson had once spent ten days locked up in the Memphis City jail.

The tragedy of Malcolm Patterson’s severely alcoholic son would deeply affect him personally, but it would also affect his politics as well. Patterson was not entirely shunned by Tennessee Democrats and the former governor retained a large following, most of whom admired him for his abilities or had been the recipient of favors while he was in office. The legislature would elect a new U. S. senator in 1912 and Patterson thought the time ripe for a comeback. Tennessee Democrats would be holding a special primary November 1, 1912 and Patterson officially announced his candidacy, issuing an open letter to the people of Tennessee. Patterson readily acknowledged he had twice served as governor of Tennessee “under peculiar difficulties”, as well as admitting “I may have made some mistakes” but “no man ever brought to bear upon his public duties a stronger and more devoted purpose to serve the people and advance their interests.”

Patterson reviewed his record as governor and laid out a platform for the future should he be elected to the Senate. Not surprisingly, there were those who thought Malcolm Patterson had not waited long enough to get back into politics. With Democrats anxious to oust Ben W. Hooper from the governor’s office, some thought the candidacy of Malcolm Patterson for the U. S. Senate was “the fly in the ointment” for Tennessee Democrats. The Clarksville Leaf-Chronicle referred to Patterson as “the stormy petrel of Democratic politics” in Tennessee, acknowledging the former governor as a highly polarizing figure. As “regular” Democrats met in Nashville for their state convention, Malcolm Patterson appeared to a “great ovation” and “was listened to with marked interest, and was applauded with wild enthusiasm.” Patterson seemed to have reclaimed his place as the leader of the regular Democrats, but it was soon readily apparent Tennessee’s Democratic Party was still deeply divided. Independent Democrats, largely those opposed to Malcolm Patterson, held their own convention and were obviously once again headed to a melded combine with the Republicans and Governor Ben W. Hooper. It was soon clear the Democratic Party in Tennessee was anything but united. The platform adopted by the Independent Democrats specifically addressed the former governor’s candidacy for the United States Senate: “We deplore the baneful re-entry of Malcolm R. Patterson in state politics…” The Independent Democrats decried “the mastery” Patterson had supposedly regained “over the organization now claiming to represent the so-called regular” Democrats of Tennessee. The Independent Democrats stated, “It behooves every citizen of Tennessee, and all who love the good name of the state, to stand against Malcolm R. Patterson and all that he represents. We are against him for the United States senate or any office in the state of Tennessee.” Furthermore, the Independent Democrats condemned “soap-box primaries” saying they favored “party nomination by primary elections duly guarded by law.”

Hooper was an able speaker and set out on the campaign trail and had considerable fun at the expense of his opponent, former governor Benton McMillin as well as Malcolm Patterson. “Two years ago the regular Democrats of this state had what the people called the June-bug primary,” Hooper howled. “In that primary they nominated Benton McMillin for United States senator, and Malcolm R. Patterson for governor of the state. This year they had a primary the first of August, and nominated Benton McMillin for governor, and in November they are going to have another primary and nominate Malcolm R. Patterson for United States senator.”

Both of Malcolm Patterson’s opponents in the soapbox primary withdrew, causing the Tennessean to sneer it was obvious just who would receive the “barren honor” of winning the election. Clearly, the former governor, the “gamecock” of Tennessee politics did not see it as a barren honor and opened his drive for the nomination with a lengthy speech at Nashville’s Ryman Auditorium. Patterson spoke of his administration as governor and defiantly complained his pardon of Duncan B. Cooper would have been long forgotten had not his opponents in the press constantly kept it before the public. Patterson said he followed the dictates of his conscience and had no apologies to make. Boldly, Patterson declared he was in opposition to Tennessee’s temperance laws and called for their repeal.

Patterson was equally defiant in his speech at the opera house in Obion County, saying he would pardon Duncan Cooper once again under the same circumstances. The theme of that particular speech was Patterson’s belief every Democrat in Tennessee should stand by the results of the primary election. As the former governor campaigned, he was doubtless embarrassed as the press reported his son and namesake had escaped from the insane asylum in Bolivar, Tennessee. Evidently, the younger Patterson had left the asylum without anyone noticing. By the time they began searching for Patterson, he returned to the asylum on his own. Patterson explained he had received a telegram stating his wife was ill and about to undergo a serious operation, so he had departed for Lebanon, Tennessee to check on her condition. Satisfied his wife would be all right, he had returned to the asylum. Officials at the facility sheepishly added Malcolm C. Patterson appeared to be harmless, “is very quiet, has very little to do with any of the other patients or to say to anybody, and since he has been at the asylum has given authorities, so they say, no trouble…”

Luke Lea, elected to the U. S. Senate in 1911, was using every means at his disposal to criticize the senatorial candidacy of Malcolm Patterson. As one might expect, Lea’s Tennessean newspaper was hostile to Patterson’s candidacy. While speaking in Columbia, Tennessee, Senator Lea castigated Patterson, or as his newspaper put it, “severely arraigned” the former governor. Still, Malcolm R. Patterson won the primary for the United States Senate. The legislature still elected U. S. senators and was not bound by the results of the primary. The November election also brought the reelection of Republican governor Ben W. Hooper, who defeated Benton McMillin. It was soon readily apparent that as the legislature convened to elect a United States senator for the last time in Tennessee’s history, a majority of its members would refuse to vote for Malcolm Patterson. The former governor soon realized he could not win inside the Tennessee General Assembly and before the New Year, contemplated a new career in journalism. Patterson also pondered moving to Nashville from Memphis. On January 10, 1913, Patterson officially withdrew as a candidate for the United States Senate, releasing those legislators who had promised to back him. The former governor likely made the gesture to save face, as he knew even many of the regular Democrats would not abide by the results of the soapbox primary.

The fusionists once again came together to elect John Knight Shields, Chief Justice of the Tennessee Supreme Court, to the U. S. Senate. It was the last time the legislature would elect a U. S. senator; in the future, the people would nominate candidates inside party primaries and elect a senator in the November general election.

Patterson’s disappointment was palpable, but he resumed his former pursuits, but his legacy still troubled Tennessee Democrats. In 1914, Ben W. Hooper sought a third two-year term and Volunteer State Democrats thought they had nominated a candidate that could finally reunite the party: Tom C. Rye. A small town district attorney from West Tennessee, Rye was heartily supported by Senator Luke Lea and his Tennessean. Rye won by a narrow, albeit decisive majority over Hooper in the fall and Democrats were elated.

Former governor Malcolm Patterson was too good an orator not to still be in demand. Patterson was frequently sought out as a speaker, even out of state, as evidenced by his speech in Bowling Green, Kentucky on Thanksgiving evening that year. Nor was Patterson done with seeking elective office in his native state. Like Patterson, Luke Lea was a highly polarizing figure in state politics. A beneficiary of the fusionist movement, the defeat of Ben W. Hooper for reelection as governor was the death knell of that same movement in Tennessee politics. Lea likely thought he had sidestepped that issue by supporting Tom C. Rye so avidly in the last gubernatorial campaign, but there were a host of Democrats in Tennessee who felt Luke Lea was as guilty as Malcolm Patterson for having torn apart the state party. Lea was not an especially effective senator and seemed never to be in the nation’s Capitol, much preferring to remain in Tennessee, trifling in other people’s races. Nor was Lea well-liked by his colleagues in Washington, D. C. Several of Tennessee’s congressional delegation were thinking of challenging him for the Democratic nomination. Cordell Hull, Thetus W. Sims, John Moon, and Kenneth McKellar all assessed their chances of defeating Luke Lea. So, too, did Malcolm Patterson think of running. Patterson and Lea were bitter personal enemies and the coming senatorial election offered Malcolm Patterson yet another chance at vindication and victory.