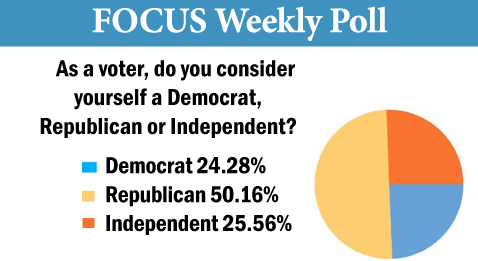 This week’s Knoxville Focus poll asked the question, “As a voter, do you consider yourself a Democrat, Republican or Independent?”

Just over fifty percent of those polled said they consider themselves Republicans.  Independents slightly outpolled Democrats with 25.56%, while Democrats comprised 24.28%

The district with the highest number of voters identifying themselves as Republicans was the Eighth, which is East and Northeast Knox County.

Male and female voters were almost even in their political affiliations.