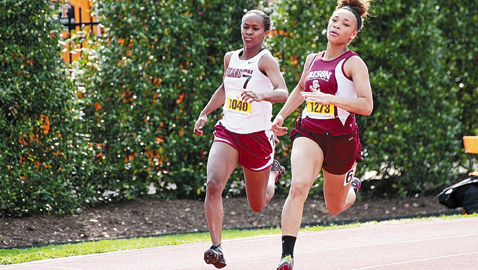 Just like Jajuan Stinson when he’s competing in the 100-meter dash, this year’s Knoxville Interscholastic League Track and Field Meet is fast approaching.

The annual Knox County event will be held April 28th and 29th at Hardin Valley Academy. Field event finals and track event prelims are scheduled on the first day, with the track event finals to highlight the second night of action.

Stinson, a senior from Central High, currently owns this season’s top time in the 100 for KIL sprinters, a wind-aided 10.78, according to Tennessee Runner, a MileSplit.us affiliate.

He posted that time when he took first place in the Tennessee Sea Ray Relays this spring.

Stinson was a standout running back for the Bobcats last fall and is an East Tennessee State University signee as the Buccaneers restart their football program.

“I ran into (ETSU) Coach (Carl) Torbush recently as he was a speaker at an athletics directors meeting I was attending in Murfreesboro,” said Central High’s J.D. Lambert. “He’s very excited about having Jajuan and said he was getting a playmaker.”

The Focus will spotlight KIL girls leaders in track and field in its April 28 issue.