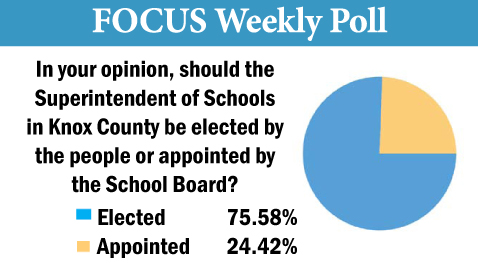 The week’s Knoxville Focus poll once again posed the question, “In your opinion, should the Superintendent of Schools in Knox County be elected by the people or appointed by the School Board?”

More than 75% of respondents said they believe the superintendent should be elected rather than appointed.

The Focus has polled on this question several times in the past and the numbers favoring an elected superintendent are increasing.