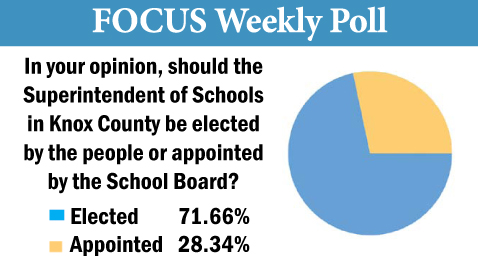 This week’s Knoxville Focus poll posed the question, “In your opinion, should the Superintendent of schools in Knox County be elected by the people or appointed by the school board?”

Almost 72% of respondents support electing the superintendent. This is an increase over Focus polls run in the past.