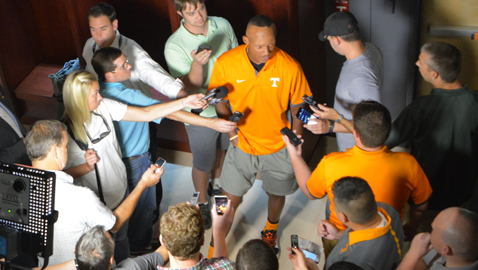 Continuing on the very successful first Republican Presidential Primary Watch Party, community activist and local business leader Richard Esparza is once again organizing a Republican debate watch party. Everyone is encouraged to attend. The debate watch will be begin at 7:20 p.m. on Wednesday, September 16 at Bailey’s Knoxville in the back area with the big screen tv and surround sound!

Those who can’t make it but wish to be part of the energy and conversation can follow along with the hashtag #knoxrpd (short for Knox Presidental Debate.)