More than a dozen decorated cars took part in a “pop-up” Suffrage Parade Saturday morning in Knoxville, taking various downtown routes and doubling back on sites like the East Tennessee History Museum, Market Square and the Suffrage Statues.

Conscious of the risks of large crowds and the coronavirus, the parade of cars seemed fitting for the occasion.

Janice H. Spoone and Linda Haney of the Knoxville Suffrage Coalition quickly put the event together and the parade of cars decorated with ribbons and women in period costumes were met here and there by crowds of supporters with homemade signs, sashes, period dresses and signs supplied by the history museum.

Most onlookers wore masks and cheered each time the little parade passed by.

A special exhibit is currently underway at the ETHM to honor the 100th Anniversary of the 19th Amendment to the U. S. Constitution.

One lone vote in the Tennessee House, by Republican Harry Burn, passed the amendment in Tennessee and thus the state became the final state to ratify the amendment. Burn had opposed the women’s right to vote until he received a letter from his mother. 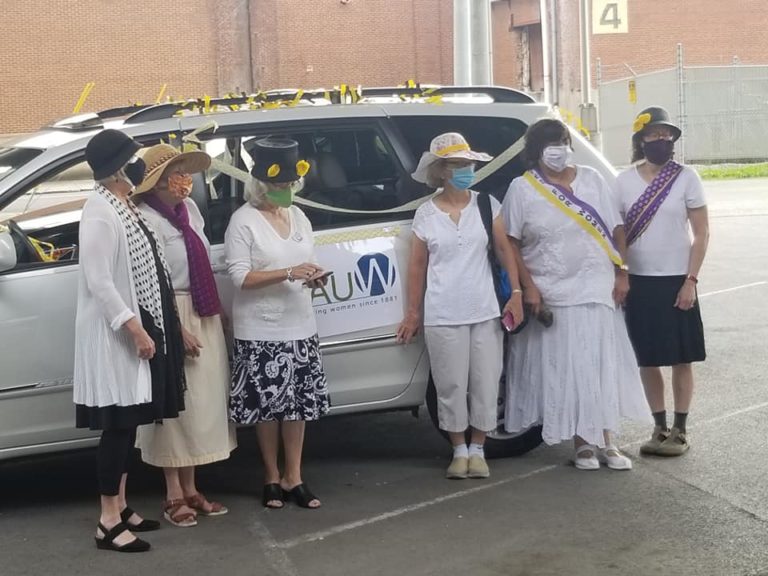 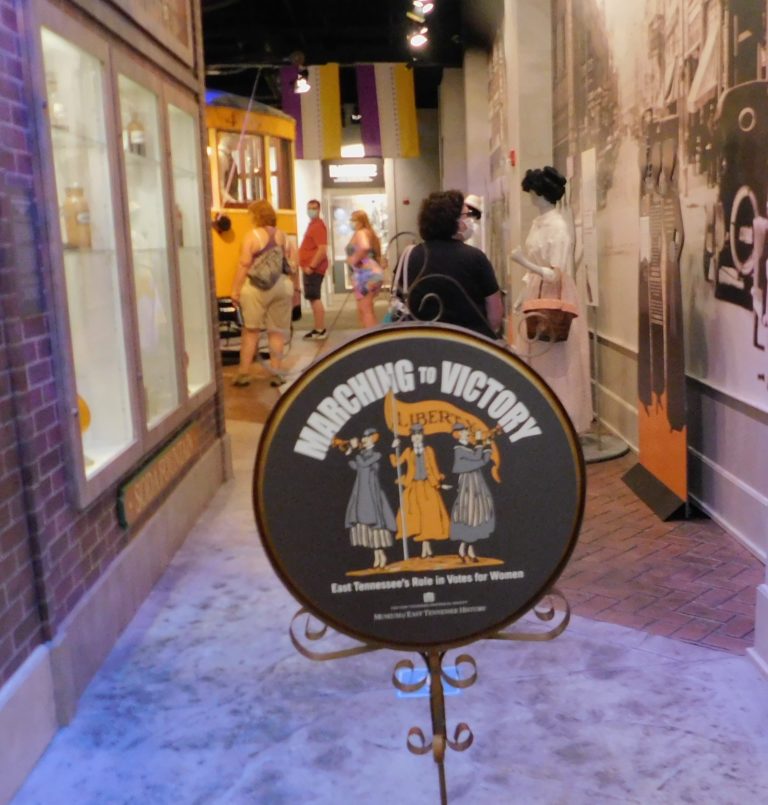