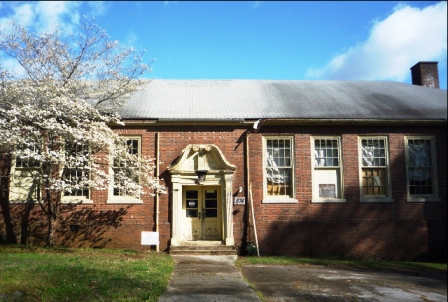 The Tennessee Historical Commission announced this week the addition of four Tennessee sites to the National Register of Historic Places.

“The National Register is an honorary recognition for time-honored places that enrich our communities and make them unique,” said Patrick McIntyre, State Historic Preservation Officer and executive director of the Tennessee Historical Commission. “We hope this recognition helps generate and reinforce an appreciation for these special properties, so they can be retained for present and future generations of Tennesseans.”

The National Register of Historic Places is the nation’s official list of cultural resources worthy of preservation.  It is part of a nationwide program that coordinates and supports efforts to identify, evaluate and protect historic resources.  The Tennessee Historical Commission, as the State Historic Preservation Office, administers the program in Tennessee.

Sites recently added to the National Register of Historic Places are:

The House of David Recording Studio Complex is comprised of two former residences located on 16th Avenue South in Nashville. The complex is important as an example of an independent recording studio and offices that were once prominent on the city’s Music Row. Constructed in 1909 and 1913, the buildings were renovated into recording studios and offices by David Briggs in 1974. Briggs was a well-known session player, recording in Muscle Shoals and other venues, who decided to settle in Nashville. Opening his own offices, independent of the larger recording companies, provided him with more artistic control. While Music Row is notable for its role in country music, the House of David is an example of the variety of music that came out of Nashville. Artists from B.B. King to Carl Perkins recorded here.  Briggs’ operation was also a popular venue to record commercial jingles, further showing the diversity of sound that was recorded in the city. The listing of the House of David in the National Register is part of a larger project that examined Music Row buildings and history.

Located in the South Haven neighborhood of Knoxville, the Giffin Grammar School is a good example of a 1928 Colonial Revival school building that was expanded in 1950 with a large International Style-influenced design. The one-story with basement brick school was built in 1928. Designed by the Knoxville architectural firm of Barber and McMurray, the school had only five classrooms. The multi-pane double-hung wood windows and the oversize molded wood broken pediment, sometimes called swan’s neck, are prominent Colonial Revival details on the front of the building. Small additions were built onto the school as more space was needed, but it was not until the post-WWII years when the large modern addition was built. Designed by Knoxville architect Bruce McCarty and built in 1950, the two-story brick addition has the flat roof and large expanse of ribbon of windows that characterize the International style. When McCarty designed the addition he was with the firm of Rutherford and Painter and would later go on to found one of Knoxville’s more prominent architectural firms.

Marion Post No. 62 is South Pittsburg’s American Legion Clubhouse. Completed in 1926, the building has been used by the community for social activities in addition to its use by the Legion. The local library had rooms in the building and it was used for school classes. The 4-H Club, PTA, boy scouts, and WPA are a few of the organizations that held activities in the building. Designed by Chattanooga architect W.H. Sears, the form of the building is Egyptian Revival, of which there are few examples in the state. The Egyptian Revival influence is seen in smooth surface, monolithic faÃ§ade, and prominent columns. The discovery of Egyptian pharaoh Tutankhamen’s tomb in the early 1920s sparked a short-lived interest in all things Egyptian, including building styles. Other architectural features of the building include Neoclassical and Craftsman elements. The paneled entry with its patterned transom and coffered ceiling and stonework reflect these other designs.

Shults Grove Methodist Church is located southwest of the community of Cosby, Sevier County, at the foothills of the Great Smoky Mountains. The 1914 Gothic Revival church sits on a small hill and is surrounded by trees. Covered in weatherboard, the tall one-story church building is capped by a narrow bell tower on the gable front roof. A Gothic arch entry over the paneled door and Gothic arch windows with y-tracery grace the exterior of the building. The interior of the building is highlighted by its simple design and abundance of wood on the walls and ceiling. The church is a good example of a rural church design that was influenced by the popular Gothic Revival style.