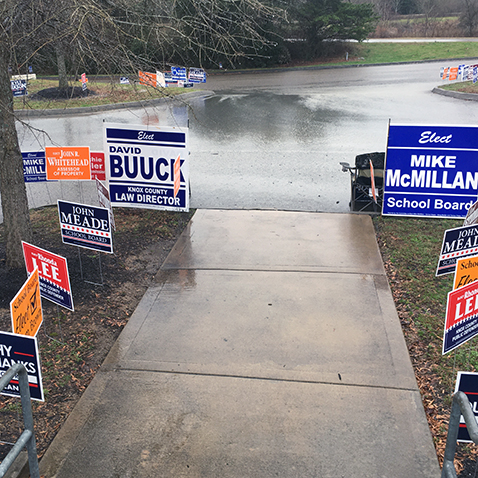 Several reports have been made that the night before Early Voting started a lot of campaign signs were removed some from yards that had owner’s permission and support. The majority of candidates have ran before and those newcomers have been diligent in adhering to the law. So where’d they all go?

Line W of 13.3 – SIGNS EXEMPT FROM SIGN REGULATIONS in the City of Knoxville’s Code of Ordinances reads: