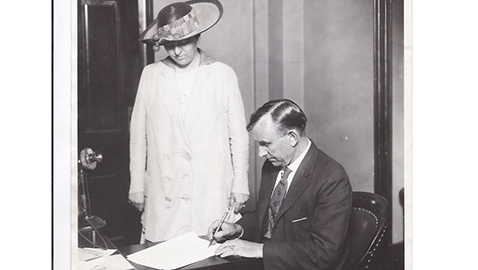 Republicans were nowhere near a majority in the state of Tennessee in 1920, although they were briefly a force to be reckoned with when the Democrats were torn asunder by strife. Ben W. Hooper had twice been elected governor in 1910 and 1912 following a period of especially fierce infighting amongst Tennessee Democrats. The party had been so bitterly divided even Robert Love Taylor, a three-time governor and incumbent United States senator, was unable to beat Hooper. The First and Second Congressional districts remained solidly Republican, at least on the local level. There were pockets of Republican votes in counties across Tennessee, although they were mighty scarce in rock-ribbed Democratic Middle Tennessee.