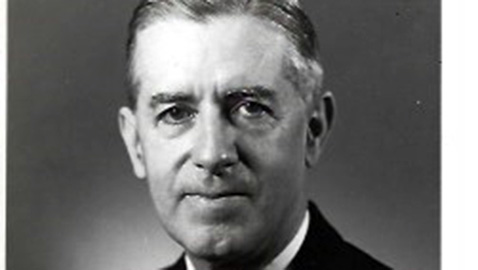 Albert Gore had been in the United States Senate for six years and had to face the voters once again in 1958.  Gore had spent fourteen years in the House of Representatives before challenging Tennessee’s longest serving United States senator, Kenneth D. McKellar.  The forty-four year-old Gore had toppled the formidable Senator McKellar in 1952 and the decade of the 1950s in Tennessee belonged to the troika of Estes Kefauver, Frank Clement and Albert Gore.

Clement, like Gore, had first been elected in 1952 defeating Governor Gordon Browning.  Browning had been a veteran congressman before serving three terms as governor.  K. D. McKellar and Gordon Browning represented Tennessee’s past, while Frank Clement and Albert Gore represented Tennessee’s future.  Clement had served six years as governor and was term limited and could not run again in 1958.  The governor thought briefly about challenging Gore for his Senate seat.

Clement’s forced retirement created a host of ambitious Democrats eager to run for governor.  Judge Andrew “Tip” Taylor was off and running, as was the mayor of Memphis, Edmund Orgill.  The choice of Governor Clement’s own organization was Buford Ellington, Commissioner of Agriculture in the governor’s cabinet.  The race for the Democratic gubernatorial nomination was complicated by the rekindled ambitions of former Governor Prentice Cooper of Shelbyville.  Cooper was the only man to be elected to three consecutive two-year terms in modern Tennessee history.  The former governor had served as the American ambassador to Peru from 1946 – 1948.  Cooper had also served as the presiding officer of the Constitutional convention in 1953, which revised Tennessee’s Constitution.  One change ratified by the voters was lengthening the governor’s term of office from two years to four.  The change, however, did not allow an incumbent governor to seek reelection.  By the fall of 1957, Prentice Cooper was seriously contemplating running for governor again.  Sixty-two years old in 1957, few could question the former governor’s vigor, as after having been a bachelor for years, Cooper had married Hortense Powell in 1950.   Miss Powell was the former governor’s junior by a good many years, but the union produced three sons, William Prentice Cooper, III, John and James.  In a crowded field of contenders, Prentice Cooper appeared to loom as a formidable candidate.  Cooper’s old rival, former governor Gordon Browning, was thought to be thinking about yet another attempt at a political comeback as well.  Both of the former governors attended the University of Tennessee – Ole Miss football game and were kept occupied by “shaking hands with each other and all comers.”  Gilbert Yarbrough, editor of the Hickman County Times considered both Browning and Cooper as eager to run, although he noted, “Gubernatorial aspirants are getting around but are making very little noise about their intentions.”

It was clear Prentice Cooper was less and less reluctant to reveal his own intentions.  While speaking to a civic club in Johnson City, the former governor had already prepared a platform for the 1958 gubernatorial race and when flatly asked if he was a candidate, he replied, “It could be.”  Cooper said he still believed in “racial segregation in public schools”, but added, there was “no room for demagoguery.”  Cooper also pointed out, “If I do run for governor, I will be the only man in the race with past experience.”  Not surprisingly, the former governor firmly believed Tennessee would be much better off with “someone in the governor’s mansion with experience.”

The Kingsport Times wrote an editorial that Cooper’s possible candidacy would certainly add “a great deal of spice” to the primary election.  The Times believed the former governor “probably” had a personal following in Tennessee, despite the fact he had been out of office for more than a decade and had taken little public part “in the discussion of public questions.”  The Times speculated those Tennesseans who remembered Prentice Cooper’s previous tenure as governor “may well feel that he has overcome some of the faults of youth that they did not like…”  The Times pondered just what circumstances might lead to Cooper winning the Democratic nomination, but finally concluded that it hoped “our ex-governor does sail his hat into the ring.”

That December, Joe Hatcher, the Nashville Tennessean’s political columnist opined much of the sentiment for Cooper was from “some racist leaders.”  Hatcher wrote the “only ‘all-out’ segregationist” candidate thus far was Buford Ellington.  With the arrival of the New Year, Hatcher penned that Cooper was “stubbornly” headed to an announcement of his candidacy for the Democratic nomination for governor.  It was one occasion where Joe Hatcher was right.  Prentice Cooper announced he would be a candidate on January 1, 1958.  The former governor sent telegrams all across the state to media outlets saying, “I hereby announce my candidacy for governor…subject to the Democratic primary in August.”  Cooper deferred announcing his actual platform, but he did provide a hint, writing, “My platform of aggressive progress with common sense economy will be announced later.”  Cooper reminded Tennesseans his former administration was “honest, efficient and economical” and promised “the same sound and progressive government” should he be nominated.  Cooper ended his announcement with a statement to remove any doubt in the minds of those who might think him less than serious.  “Tell all your friends that Prentice Cooper is in the governor’s race, and in to win.”

Joe Hatcher was quick to write Cooper entered the gubernatorial race “without an organization or group support, without strong support by more than a few, and without any particular timing for efficiency and publicity.”  Hatcher wondered if the timing of Cooper’s announcement he was calculated to forestall the possible candidacy of Judge Andrew “Tip” Taylor or that of Congressman Joe L. Evins, who was pondering a bid.  Neither Hatcher nor the Tennessean was especially friendly to Prentice Cooper, nor would the newspaper look favorably upon the candidacy of anyone with the support of the Clement administration.  Cooper may very well have believed if he made his announcement official before that of “Tip” Taylor, the judge would not run.  Taylor had managed Cooper’s 1938 campaign for governor in West Tennessee and had been appointed Tennessee’s Commissioner of Institutions by Cooper in 1939.  Only twenty-eight years old at the time, Andrew Taylor became the youngest person in Tennessee’s history to serve in a governor’s cabinet.

Prentice Cooper’s announcement did not bring an outpouring of support, although he did pick up the endorsement of the figurehead of the remnants of the Crump machine in Memphis.  E. W. Hale, longtime Finance Commissioner and Chairman of the Shelby County Commission, eighty-three years old and retired, declared he was supporting the former governor’s comeback bid.

Prentice Cooper wasted little time in beginning his campaign, traveling to Nashville to speak before a men’s group at the Holy Trinity Lutheran Church.  Cooper was in Jackson for a meeting of lawyers and the Sun reported he and “Tip” Taylor drew the biggest crowds at the gathering.  The former governor did not to seem to lack energy as it was reported he “was buttonholing anybody who’d slow down, and probably made a hundred individual campaign speeches in the course of the evening.”  Taylor’s appeal in Jackson, Tennessee was nothing to marvel at, as it was his home.  By mid-January, Joe Hatcher was ruefully writing that the former governor’s campaign seemed to be picking up steam in upper East Tennessee.

Don Binkley wrote a series of portraits of the announced candidates for governor of Tennessee and traveled to Shelbyville to interview Prentice Cooper, whom he described as a “small, greying man.”  Binkley mentioned Cooper’s legendary reputation for what he termed “asperity”, causing the former governor to retort, “I don’t think I was as bad as all that.  I just didn’t mind saying no.”  Binkley reported Cooper’s time as ambassador to Peru had fostered a love for South American countries in the former governor and the topic was a constant source of conversation.  Cooper pointed out he had lived through 38 earthquakes while serving in Peru.  Cooper also recalled how he had gotten to know the bullfighter, Manolete, and remembered, “Two weeks before he was gored to death, he promised my mother he would stop taking so many chances in the ring.”  Binkley was amused when the diminutive former governor leaped to his feet to demonstrate a flourish of the bullfighter’s cape made famous by Manolete.

In recalling his political career, Prentice Cooper had never forgotten how he had won an oratorical contest when he was 12 years old and his grandfather had been duly impressed.  Grandfather Jacob Shofner had in turn impressed his grandson by telling him he ought to seek office and eventually get himself elected governor.  Cooper told Binkley that he had kept busy outside of public office by farming, as the Cooper family owned considerable acreage, as well as practicing law and building homes.  “I love construction,” Cooper confessed.  Apparently the former governor was quite handy and had built “beds, desks, sideboards, paneled a room” and along with two assistants had built an extensive patio behind his home.  “It doesn’t cost much, either,” Cooper pointed out.  “All you need are hammers and the right kind of chisels.”  Cooper had also placed a marble floor in his home and was pleased that he had “installed radiant heating under” the floor, noting, “Now, it’s warm enough for my three boys to play on it.”  Having married late in life and becoming a father for the first time even later still, perhaps it was no surprise that Don Binkley observed, “It is when he speaks of his children” that “his pale brown eyes gleam brightest.”

Acknowledging he didn’t need the salary, Cooper said he wished to return to the governor’s office because “I am constantly amazed at the amount of money that could be saved and at the same time enlarge public service.”

Not everyone was thrilled by Cooper’s desire to return to the governor’s mansion.  One wag was quoted in the Jackson Sun as drawling, “Prentice only has two drawbacks as a candidate.  The younger voters don’t know him and the older voters do.”  Such opinions were to be expected in politics and it did not deter Prentice Cooper from opening his state campaign headquarters in Nashville’s Hermitage Hotel on March 1, 1958.  The former governor cordially invited “all citizens of Tennessee who are interested in good conservative government, soundly, economically and progressively administered” to drop by for a visit.  At the official opening of Cooper’s headquarters more than one hundred folks came by to visit.  Cooper used the occasion to call for raising teacher salaries, as well as spending more on “outmoded” roads in Tennessee.  Attorney Sims Crownover was enthused by the prospect of Prentice Cooper running for governor.  “I’m not only supporting him,” Crownover cried, “I’m going to get him elected.”  Crownover added, “He’s the only honest man I’ve ever met in politics.” Bristol mayor W. A. S. Furlough had traveled from upper East Tennessee to be on hand and attested to the former governor’s continuing popularity in his region.  “He helped us in the border areas more than any other governor.  We need a new deal in economy and good government,” Furlough said.

Cooper was campaigning in Knoxville the first week of March and the economy-minded former governor reminded his listeners the cost of living in Tennessee had risen more than 58%, while the cost of Tennessee’s government had escalated by more than 355%.  Cooper also picked up the editorial endorsement of the Chattanooga News-Free Press on April 24, 1958.  Cooper was also one of six gubernatorial candidates attending the Paris fish fry in West Tennessee.  Yet on May 22, 1958 Joe Hatcher was reporting Prentice Cooper was being urged to run for the United States Senate.  According to Hatcher, Cooper was interested in the idea.