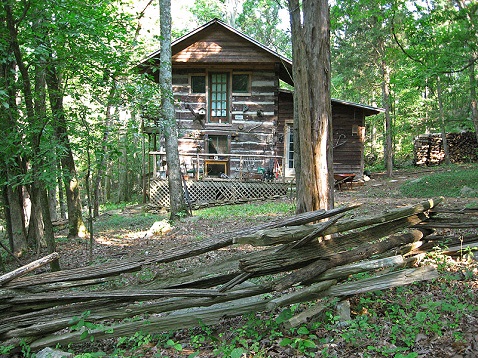 Knox is a large county, surrounded by Anderson, Union, Jefferson, Sevier, Blount, Loudon and Roane Counties. All of these neighboring jurisdictions contribute to Knox County, Knoxville and Farragut’s economy, society, and culture.

Most of us know the major cities in these nearby counties but there are smaller places, incorporated or not, where people live and, most often, work in our county.

This small incorporated town between Knoxville and Maryville has an area of about three miles and has about 800 residents according to the 2000 census. Students from the town attend Rockford Elementary School on Williams Mill Road, part of the Blount County School System. Located on Highway 33 not far from Alcoa Highway, Rockford was settled in 1785 and was a noted river ford for a rocky crossing there on the Little River. Rockford was incorporated in 1970 to avoid annexation by the City of Alcoa.

Rockford’s mayor is Carl Koella, III., who replaced his father, the first mayor of the town. Terry Willett is city manager and recorder. The community is home of Rockford Manufacturing, one of the oldest manufacturing companies in the state.

Slate Knob Farm in Rockford has 16 cabins for rent in a rural setting on 160 acres. All the cabins have been moved from other parts of our area and reassembled there.

The city hall is located on Little River Road and the city council meets there on the 2nd Tuesday of every month.

Our Union County neighbor to the north, Luttrell was incorporated in 1925. Founded as Cedar Ford back in the 1890s the community boomed when the Powell Valley Railroad came through there.

The marble industry there supplied stone that was used in various historic buildings around the country. In 2010 just over 1080 people lived there. The town hall and public library are located at 115 Park Road. The library is part of the Clinch-Powell Regional Library System and is open Monday through Friday 8 a.m. until 5 p.m. but closed on Thursdays. Saturday’s hours are 9 a.m. until 1 p.m.

Just to the northeast of Knox County on Rutledge Pike in Grainger County is the settlement of Blaine’s Crossroads, today simply known as Blaine. The community grew as a crossroads of what was known as Washington Road and the beginning of Emory Road. A settler lived near that intersection and the settlement was probably named for him, Robert Blaine.

Shield’s Station, an early tavern and store, is located near Blaine and was built as early as 1830. Blaine became a railroad stop on the Knoxville and Bristol Railroad, also called the Peavine Railroad.

The town of Blaine is almost nine miles in territory and has a population of about 1900 citizens.

Harvey N. Underwood, the postmaster in this small community in 1892, was interested in the new Eastman camera and named the post office “Kodak,” with permission of the film and camera company. Part of this rural community was annexed by Sevierville but in recent years Kodak has boomed along the exit to the Great Smoky Mountain National Park.

Kodak sports Smokies Park, a Bass Pro Shop, the Great Smokies Flea Market, the Rivers Island Golf Club, and many other businesses. Outside of the interstate area Kodak remains a mostly rural community. Located nearby is the new Seven Island State Birding Park.

Unincorporated, Kodak is developing into another Smoky Mountain exit attraction and a vital part of Sevier County.

This little town in Blount County is an oddity to our area. Founded by North Carolina Quakers in the 1790s Friendsville is the home of the Friends Meetinghouse. Prior to the Civil War Friendsville was a haven for run-away slaves and part of the national Underground Railroad. A nearby cave sheltered the escaped slaves and, during the war, housed Union loyalists on their way to join the Union Army.

Abolitionist William Foster is buried in the church yard along with founding and early members of the Quaker community. The Friends Meetinghouse stands yet today as a memorial to the town’s early history.

Friendsville has a mayor and city commission that oversees the community’s roughly 900 residents.