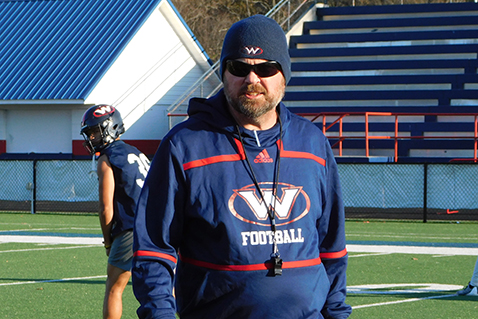 A Sneak Peek at 2023: West schedule looks even tougher

Many high school football fans probably did a double take at West High’s non-region schedule in 2022. You just don’t see many teams intentionally lining up games against Alcoa and Maryville, two programs that have combined for 38 state championships.

A new two-year scheduling cycle starts this year, but the Tornadoes and Red Rebels are still on the West schedule. Hard to believe, isn’t it?

Playing the best teams around worked for West Head Coach Lamar Brown last season as his Rebels captured the Class 5A state championship. And now it appears he’s put together an even more rugged schedule for this coming season.

In this Sneak Peek of 2023 we’ll unveil West’s week to week challenges and also list other top matchups involving Knox County teams. All local teams have new opponents on their schedule, so we’ll also let you know who a few of those new foes are in case you haven’t heard.

West’s season opener versus up-and-coming Bearden again will be on a Saturday night (Aug. 19) and televised from Bill Wilson Field on Sutherland Avenue.

A good Clinton team, featuring senior quarterback Joshuah Keith, is the first of three new opponents on the West schedule and the Dragons will host the Rebels on Aug. 25.

Class 6A power Farragut comes next and will play at West in Week 3. That will be followed by a tough trip to Maryville on Sept. 8. Last season, West ended Maryville’s 105-game win streak over Knox County teams with a 31-18 victory.

West’s region game against Central has been moved up on the schedule to Sept. 15 and will be played in Fountain City. The Rebels’ third consecutive road game will be played at Heritage on Sept. 22.

Believe it or not, Class 3A state powerhouse Alcoa will be West’s homecoming opponent in Week 7. The following week, the Rebels will play at Class 4A state champion Anderson County.

After an open date, West will finish the regular season with a region home game against Halls on Oct. 20 and a Rivalry Thursday TV battle on Oct. 26 against visiting Powell, a new member of Region 2-5A.

RACCOON RIVALRY: The first Friday night of the 2023 season will feature Anderson County at Powell in the Battle of Raccoon Valley. The campuses of the two schools are only 13 miles from each other and the Mavericks and Panthers have had some opening night doozies in recent years, so it looks like this kickoff rivalry is here to stay.

Anderson County also is coming off its first Class 4A state title and Powell won the Class 5A state crown in 2021 and took West down to the wire in last year’s semifinal showdown.

The Mavericks have beefed up their schedule even more with county rival Clinton back on it and the addition of Knoxville West.

“The 2022 schedule was one of the toughest schedules around and we tried to duplicate it with the 2023 schedule and keeping 6A playoff teams like Bearden and Science Hill,” said Anderson County Athletic Director Gary Terry.

Incidentally, Terry’s email closing is a statement from Andrew Jackson, the 7th U.S. President … “I was born for the storm, calm does not suit me.”

Those words pretty much describe what the Mavs look for in a schedule.

TOUGH ADDITIONS: Bearden has added an away game at Alcoa in Week 2 of its 2023 schedule and a home game against Morristown West in Week 10 … Farragut will host Kingsport Dobyns-Bennett in its season opener and Powell in Week 2 … Central has picked up Oak Ridge, Powell and Maryville … Powell replaced Catholic with McMinn County.

SEYMOUR RETURNS: The Seymour Eagles are now in Region 2-4A with Anderson County, Carter, Fulton, Gibbs and South-Doyle.

FIVE NEW FOES: Central has five new opponents on its schedule with home games against Rhea County, Ooltewah and Oak Ridge and road games at Maryville and Powell.

Austin-East’s schedule also will have a much different look with five new non-region opponents – Carter, Grace Christian, Kingston, South-Doyle and William Blount. Only Carter will be a home game.

Carter, Fulton and Halls also have five new opponents on their schedule this year.

The Cherokees, who currently have four new opponents among nine games, replaced Oak Ridge with Heritage and will host the Mountaineers Aug. 25.

DIVISION II TEAMS: The Webb Spartans replaced Carter with Battle Ground Academy and will play BGA in their home opener on Aug. 18. Webb also has two other new opponents and will host Brainerd and travel to Lakeway Christian, a new region opponent, in its regular season finale.

CAK also will play at Lakeway Christian in a region game on Sept. 15.

Catholic has three new opponents and will play at Ensworth and host Briarcrest and Brentwood Academy in a region game on Oct. 6.

Grace Christian has two new opponents and will travel to York Institute and host A-E.