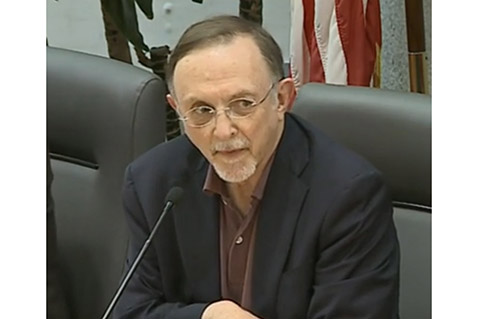 Advisory Board of Health discusses its future function

With the Covid pandemic waning, the Advisory Board of Health is now looking at how else it can help. The board met briefly Wednesday afternoon in the main assembly room of the City-County Building to hear the latest health figures.

“Ask yourself, what’s our role, to meet for the sake of meeting?” asked Dr. James Shamiyeh of University Health Systems.

Dr. Jack Gotcher Jr., who was verbally re-elected chairman of the advisory group during the meeting, responded by remembering that as the Board of Health they had been a sounding board for the Knox County Health Department. He suggested the group may do that again and may move their public meetings to health headquarters.

Gotcher told the group that Maria Hurt has resigned from the board and Dr. Marcy Souza was chosen as vice chairperson.

KCHD’s Roberta Strum reported that during the pandemic over 147,000 Covid cases were reported but the total did not include home testing. He said four deaths were reported in September, bringing the total deaths to almost 1,500 in the area, and noted that 59% of the population have had at least two doses of the vaccine.

She also confirmed that the virus outbreak is “trending down.”

Shamiyeh reported that the UT Hospital also confirmed fewer cases, currently at 25, and that most current cases are milder than the three surges over the past two years. He warned that the flu season is coming and the board shouldn’t take its focus off the flu because it has been focused on Covid.

Senior Health Department Director Kevin Parton said that the department’s budget increases 4% in the new fiscal year to handle across-the-board pay increases for all county employees. He noted that the county mayor split former Director Dr. Martha Buchanan’s duties into two jobs and that second person has been named.

Parton asked if there is a need to continue with reporting pandemic updates. Shamiyeh replied he wasn’t “sure what is left” to report.