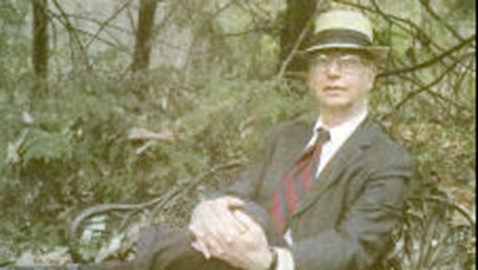 Our region has lost one of its leaders with the passing of Arthur Seymour, Jr., well-known attorney and community leader.

Seymour passed away after a battle with cancer at age 74 on March 11. Services will be held at 3 p.m., Friday, April 5 at St. John’s Episcopal Cathedral.  Gentry Griffey Funeral Chapel is in charge of arrangements. The funeral home will release a complete obituary closer to the final services.

The dapper attorney, a partner in Frantz, McDonnell & Seymour LLP, was known as a premier real estate and zoning expert, often appearing before the Knoxville-Knox County Planning Commission, Knox County Commission, Knoxville City Council and other regulatory groups. His knowledge of zoning often exceeded that of the various local legislative bodies.

Seymour was a friend of The Knoxville Focus and often commented to us about stories and features. We always reserved a copy of the newspaper for him when we attended a meeting that he would be speaking at or attending.

His expertise was sought after and he maintained a diverse and expansive law practice. He was knowledgeable of zoning and land use, administrative law, municipal and government relations, general civil litigations, contracts and real estate law. Anytime he appeared before a city or county department everyone knew he would be presenting a viable and understandable summary of the subject.

He was often named “Best Lawyer” since first being so recognized in 1993. He served as president, board member and attorney for the East Tennessee Historical Society. He also served on the boards of the Knoxville Symphony Orchestra, the Metropolitan Airport Authority, the Episcopal School of Knoxville, the Knoxville/Knox County Public Library System, the University of the South and many other organizations.

Many friends, associates, civil leaders and elected officials have posted online remembrances of Arthur Seymour. A moment of silence was held in his honor at last week’s City Council meeting when Mayor Madeline Rogero paused the meeting in honor of the gentleman, noting his regular attendance there and his expertise in many matters.