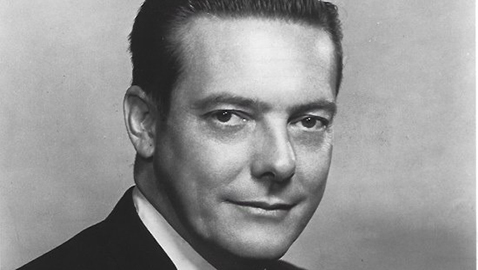 The transformation of turning Tennessee from a solidly Democratic state to a two-party state belongs to the candidacies of three men: Howard Baker, Bill Brock and Winfield Dunn. Perhaps Bill Brock is less well remembered than either Howard Baker or Winfield Dunn because he never returned to Tennessee to live after establishing residency in Maryland. Yet for those Tennesseans who do recall Bill Brock in Tennessee, they remember him fondly.

William E. Brock, III was born into a prominent family in Chattanooga, Tennessee. William E. Brock, once a tobacco salesman, borrowed $4,000 and had built one of the most successful candy companies in the world and invented the chocolate covered cherry, a delicacy that is still popular today. Will Brock served for a brief time in the United States Senate, having been appointed when Senator Lawrence D. Tyson died in the summer of 1929. Brock retired from the Senate in 1931 and returned to his home and business in Chattanooga. Will Brock’s boys, William E. Jr. and Richard, eventually ran the family business and followed the example of their grandmother and were involved in local philanthropic efforts. Bill Brock attended McCallie School and went on to Washington and Lee University and served a stint in the U. S. Navy. Brock immediately became interested in politics and recalled during his first Congressional campaign, “When I got out of the service in 1956, I had a little mustering out pay in my pocket, so I decided to work as a Democrat (that’s right, Democrat) for Eisenhower.” Brock remained a Democrat in 1960 when he campaigned for Richard Nixon who carried Tennessee against John F. Kennedy. Brock remembered, “I started working for Nixon, but before the campaign was over I was a Young Republican.”

By 1962, Bill Brock was running for office. Brock announced as a candidate for Congress from Tennessee’s Third District, which included Chattanooga. The incumbent was James B. Frazier, Jr., the son of a Tennessee governor and U. S. senator. Frazier was a Democrat and a member of perhaps the most powerful committee in the House of Representatives: the Ways and Means Committee. Stately, silver-haired, and courtly, Jim Frazier represented a different era and his style and politics were little appreciated by those Democrats who admired President Kennedy and Camelot. Congressman Frazier was an old fashioned conservative Democrat and the Kennedy administration warmed to the candidacy of Wilkes Thrasher, Jr. Thrasher was also the scion of a political family as his father had been a popular county judge from Hamilton County and one didn’t have to look far for landmarks bearing the name of the elder Wilkes Thrasher; there was a school and a bridge named for the old judge. Forty-one years old and outgoing, Wilkes Thrasher was a stark contrast to the aging congressman. J. B. Frazier had been opposed to Medicare, while Thrasher embraced it. While Frazier’s stand won him the support of most of the physicians inside his Congressional district, it did nothing to endear him to liberals and Tennessee’s senators, Estes Kefauver and Albert Gore, quietly lined up behind Wilkes Thrasher, Jr.

Congressman Frazier, elected in 1948 to succeed Estes Kefauver when the latter was elected to the United States Senate, was ailing and barely campaigned at all. Wilkes Thrasher, Jr. campaigned at a frenetic pace and won the Democratic primary by under 300 votes. Democrats across Tennessee were elated by Thrasher’s victory, considering it a victory for the Kennedy administration. Many of those same Democrats were glad to see the departure of Jim Frazier, whom they considered to be an obstructionist of the Kennedy program. It seemed inconceivable that Thrasher could lose the general election, as the Republicans had not elected a congressman since the Harding landslide of 1920. Joe Brown had served a single term in the House of Representatives and opted not to seek reelection again. For forty years, the Third District had not elected anything but a Democrat to Congress. Still there were signs things were changing not only in Tennessee, but also subtly inside the Third Congressional District. Richard Nixon had carried the Third District by a handsome majority over John Kennedy in 1960. Kefauver, a liberal, had been elected while Franklin Roosevelt was President of the United States. J. B. Frazier, a conservative, was elected after Roosevelt’s death and the passing of the New Deal.

It was clear from the start Bill Brock was not going to run the sort of campaign past Republican nominees had run; Brock’s effort was well organized and had at least enough money to compete. Bill Brock later remembered there was barely anyone over thirty working in his first Congressional campaign.

Brock and Wilkes Thrasher, Jr. faced off in a debate in the fall campaign that become quite contentious. The young businessman shrewdly perceived the Kennedy administration might not be as popular inside the Third District as some Democrats might have believed. At the debate, Brock immediately asked, “Are we going to have a representative of the people of Tennessee in Congress – – – or are we going to have a representative of the (Kennedy) administration?” Thrasher retorted Brock “will be a rubber stamp of the favored few.” Wilkes Thrasher also persisted in referring to Brock as “my rich young opponent.” Brock shot back that he was not at all ashamed of his family’s productivity; quite to the contrary, he was “proud of it.”

Bill Brock and Wilkes Thrasher, Jr. presented voters with a clear choice as they disagreed about virtually every issue facing the country. Much of the media at the time tried to paint Brock as an “arch conservative”, while representing Thrasher as a young idealist, even though Bill Brock was a decade younger. Not surprisingly, Brock and Thrasher disagreed about taxes. Brock was outspoken in his belief income taxes should be reduced by a minimum of 15%, which he believed would “offer every American citizen an opportunity to keep more of his own hard-earned money in his own pocket.” While Thrasher wasn’t openly advocating for higher taxes, he spoke in generalities, saying, “…we can expand opportunity and freedom just as we expand the physical assets we inherit.” Thrasher said he thought by doing so it would allow future generations the ability to “enjoy greater freedom and opportunity than we enjoy today.”

Eventually Tennessee Democrats realized Bill Brock represented a very real threat and while outwardly confident, began pouring resources into the Third District congressional race. The election of Bill Brock would represent not merely the election of one more Republican congressman, but might also signal that Tennessee was evolving into a truly two-party state and the Kennedy administration moved behind Wilkes Thrasher, Jr. Thrasher was sent to Trinidad by appointment of President John F. Kennedy along with a delegation to celebrate that nation’s independence. Brock noted Thrasher’s appointment was “strictly a political move by President Kennedy.” The young Republican added Wilkes Thrasher seemed to be scurrying “at every opportunity to the White House to get his instructions.” Thrasher replied he would gladly “accept any honor conferred on me at any time by the President of the United States.” Thrasher tartly added, “I don’t believe the voters of the district will be swayed by a Brock candy bar.”

Brock disputed the notion he was an archconservative, explaining, “I’m a conservative, but I don’t like the word. In some ways, I agree with Barry Goldwater, but the trouble with Goldwater is that he doesn’t come up with any reasonable alternatives. In some ways, I’m like Nelson Rockefeller, but he often gets a little far to the left. I’m not so old that I think any problem is insoluble, and my principles are conservative.” It was a concise explanation of Bill Brock’s political philosophy. For the remainder of his public career, Brock would eagerly offer solutions to problems, oftentimes to the dismay of his own party.

Bill Brock explained he did not propose to go to Congress merely to fight John Kennedy and the New Frontier. “… I won’t go to Washington and say I’m against all of President Kennedy’s program, because I’m not,” Brock said. “I don’t agree with a lot of things he does and the way he does them, but I’m not the arch-conservative that some people are saying I am.”

Soft spoken, frequently intense when discussing issues, the chain-smoking Bill Brock was difficult for many voters to perceive as a wild man or Neanderthal. Brock appeared to be exactly what he was: a young businessman and family man, which voters could relate to. Worse still for partisan Democrats, Bill Brock sounded reasonable.

Wilkes Thrasher, Jr. took a different approach; a trial lawyer by profession, Thrasher said, “I tell the people that they are voting for a man who has 15 years’ experience arguing his clients’ cases in court. I intend to represent the Third District as if everyone in it is my client.” Thrasher emphasized his support for President Kennedy. “I’m for the majority of President Kennedy’s program, although I won’t say I go along with it 100 percent.” Thrasher’s possible disagreements with Kennedy policies were vague, saying, “But the President might favor, say, a pass when I would want to run a play around the right end.”

Brock and Thrasher debated again, which was carried over television. Once again, neither spared the other and Thrasher, a vocal supporter of Medicare, demanded Brock reveal any connections between his campaign and the American Medical Association. Brock put Thrasher on the defensive with the support the Democrat was receiving from organized labor. Thrasher stoutly denied he had received any contributions from the Teamsters and Jimmy Hoffa.

As the general election came to a close, Senator Estes Kefauver spent considerable time inside his old congressional district on behalf of Wilkes Thrasher. Perhaps the most popular Democrat in the Third District, Kefauver did all he could to help elect Thrasher. As Democrats became concerned about the race, Republicans grew increasingly excited about the possibility Bill Brock would win. Democrats were shocked by some defections from their ranks who openly supported Brock. Some defections were expected, especially those Democrats who had been strong supporters of Congressman J. B. Frazier; others like Hugh Abercrombie, a leader in Frank Clement’s bid to reclaim the governorship were a blow to Wilkes Thrasher.

Democrats rallied around Thrasher in the final days of the campaign, covering five cities inside the Third District, while the “Brock Bandwagon” made a tour of nine stops beginning in Cleveland and ending in Dunlap, Tennessee. Accompanying Thrasher were Senator Albert Gore, Congressman Ross Bass and Hammond Fowler, a long-time member of the Tennessee Public Service Commission. Senator Estes Kefauver was due to come in later to press the flesh on behalf of Wilkes Thrasher, Jr.

Election Day left the Democrats stunned as Bill Brock eked out a victory over Wilkes Thrasher, Jr. Brock won with 47,604 votes to 45,597 votes for Thrasher. Brock won six of the eleven counties comprising the Third Congressional District and beat Thrasher decisively inside Hamilton County. The Nashville Tennessean’s veteran political columnist, Joe Hatcher, sourly attributed Brock’s victory less to the young candidate’s skillful performance and organizing than the “decaying Democratic organization.” Hatcher groused that Thrasher had been “knifed at every turn”, especially by those supporting former governor Frank Clement. Hatcher continued to complain in his column, claiming the recent election had shown “no great Republican strength or unity – – – but rather disunity and down-right back-stabbing among the Democrats.”

Irrespective of Joe Hatcher’s opinion, Bill Brock had accomplished what no other Republican had been able to do since 1920. Brock was soon to be recognized as an expert political organizer with a solid grasp of issues and was well able to articulate his own point of view. Democrats had frequently fought utterly brutal primary campaigns for decades in Tennessee without the slightest threat from Republicans. Clearly, things were changing in Tennessee and Bill Brock appeared to be a young man with a bright future.