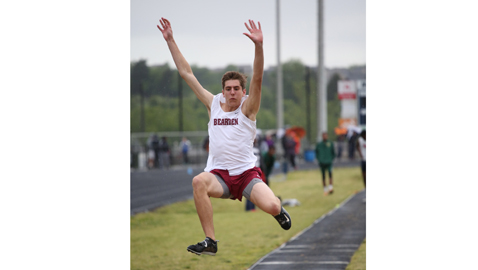 Action starts today at Middle Tennessee State University in Murfreesboro with state competition in the girls’ pentathlon and boys’ decathlon.

Several local area teams and individuals also will be competing for state honors through Friday in baseball, softball, soccer, tennis and track and field.

Bearden’s Jacob Sobota is expected to be a strong contender in the decathlon. The Bulldogs’ versatile junior placed second in the Class AAA East Sectional with 6,267 points.

Sobota will turn his attention to track and field later in the week. He led KIL champion Bearden’s boys to second place in the Class AAA East Sectional May 14, qualifying for the state meet in the long jump and pole vault.

Jacob’s brother, Josh Sobota, a sophomore, qualified for state in the shot put and discus events. Bearden’s Shawn Stacy also qualified as he soared 6-6 in the high jump at the sectional.

Hardin Valley Academy’s girls won the East Sectional team championship and will be well represented at the state.

Christian Academy of Knoxville also beat the rain and Chuckey-Doak 10-0 Friday to make the Class AA field, while Catholic’s season ended in a 6-0 loss at Greeneville.

Grace Christian Academy’s turf infield apparently came in handy as the defending Class A state champion Rams were able to play and defeat Unaka 7-1 Friday night to get another trip to the Boro.

In softball, CAK became the first local team to secure a state berth when it turned back Unicoi County 14-3 in Class AA Sectional play Friday.

Several local teams in baseball, softball and soccer were scheduled to play in State Sectional games Saturday, with state berths up for grabs.