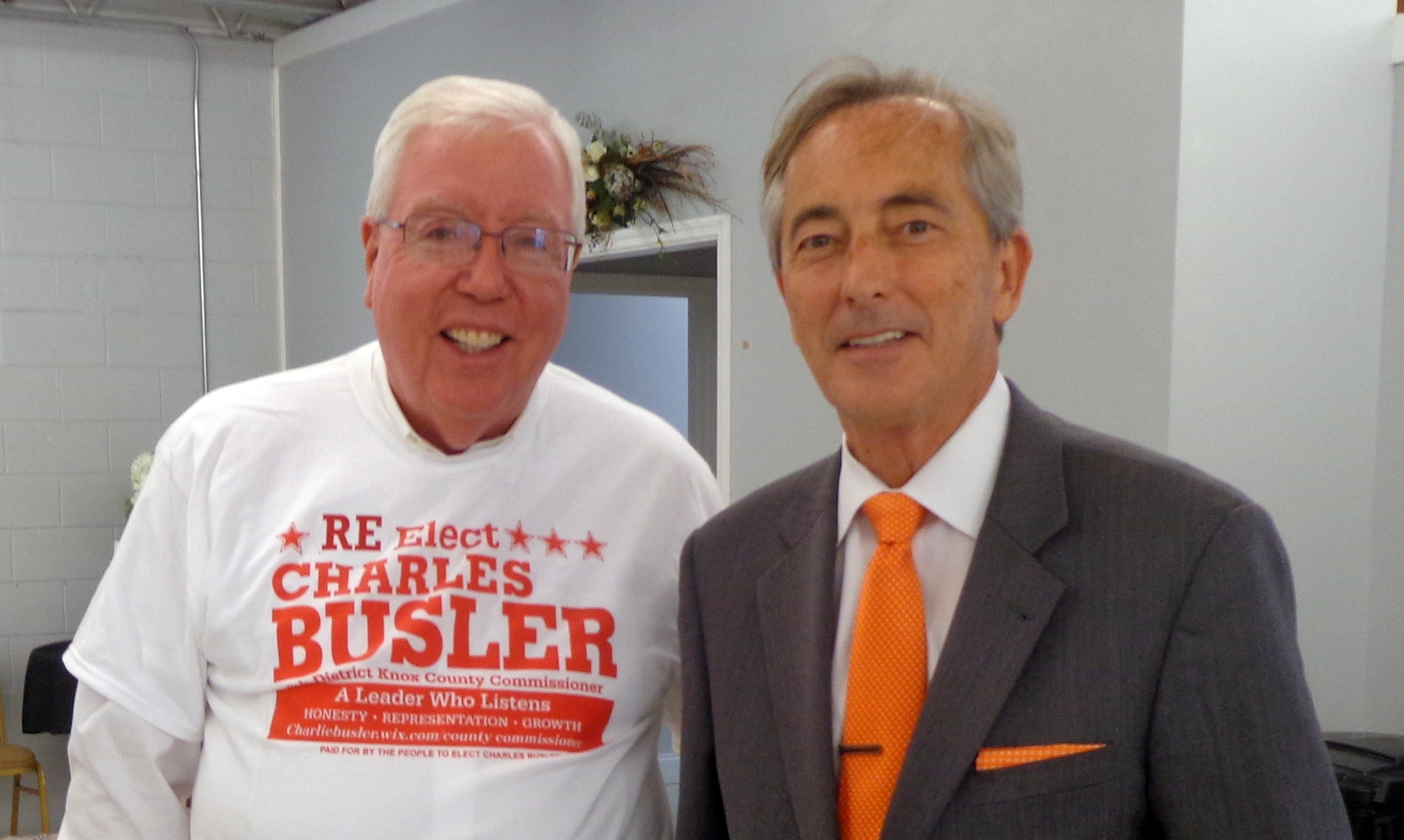 Charles Busler, vice chairman of the Knox County Commission, is a man with an inquisitive mind and outgoing personality. Busler has lived in the 7th District for more than 41 years and, aside from his commission duties, is involved in various aspects of the community.

Last Friday Busler announced his campaign for re-election. He’s serving his first term and has been one of the few commissioners to ask questions and seek county funds for things like the Heiskell-Powell Community Center. His inquiries into the past and current contract with AMR-Rural/Metro Ambulance continue as he receives more and more complaints from residents and homeowners about the charges for emergency and non-emergency response.

The 4 p.m. kick-off saw many elected officials drop by to support Busler; friends and neighbors dropped by the Powell Community Center and voters lined up to speak with him. The crowd was invited to dine on pinto beans, cornbread and sweet tea. Entertainment was from the White Water Band and Commissioner Busler visited with each person who came by, talking with them near a campaign table with stickers and cards. Nearby were yard signs for volunteers to take with them. Coming by to wish him the best were Tim Burchett, Bob Thomas, Carson Dailey, Ed Shouse, Sherry Witt and Richard “Bud” Armstrong.

The Knoxville Focus asked Busler what he sees as his goals if elected for four more years and he said he wanted to see funds shifted to the county side from the schools to fix more roads. He added that he wants to see contracts with the county followed as agreed and wants elected and public officials to listen more to citizens and be more responsive.

When asked what he sees as the county’s biggest challenge he said the drug problem is growing and said the only way to correct it is to get to the root, the distributors. He compared it to a dandelion in your yard that is ready to spread and said, “The only way to get rid it is to kill the root.”

A member of the Sharon Baptist church for 35 years, Busler has served on the Metropolitan Planning Commission, the Powell and Halls/Powell Republican Club, and as election chair person for the 723rd Precinct.