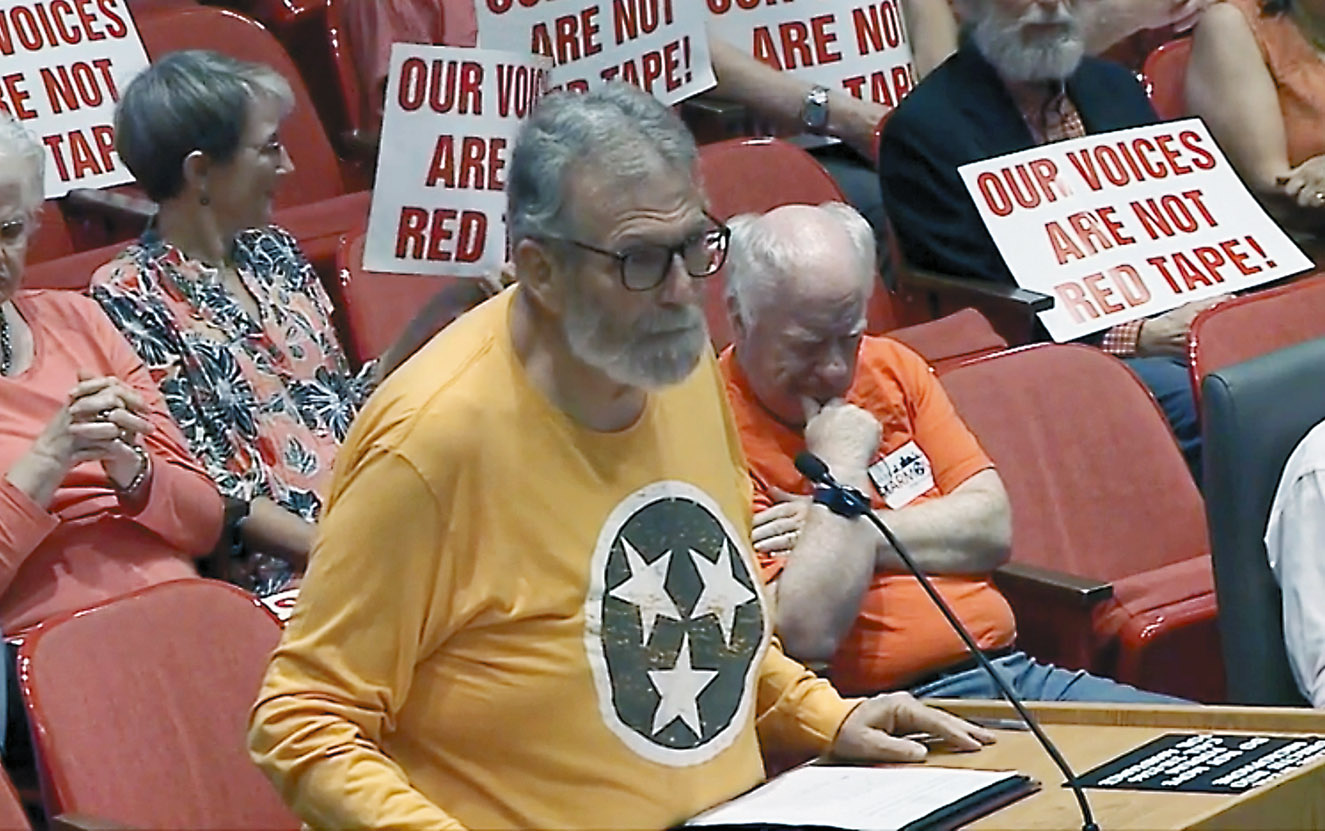 Despite the objections of numerous neighborhood groups and citizen speakers, and what appeared to be growing opposition within the commission the Knox County Commissioners voted to remove reviews of subdivision development plans from the Board of Zoning Appeals’ purview.

Although Deputy Law Director Mike Moyers told last week’s regular meeting that the commission had the powers to assign subdivision development plan appeals to the BZA, the commission did not do so. An amendment to the Knox County Codes passed in a split 6-4 vote after an attempt by Commissioner John Schoonmaker to delay a vote for 60 days failed.

Schoonmaker said removing the BZA review powers would violate state law and that the amendment had been modified and needed to be heard as a first reading, not a second and final reading. That motion failed 7-3 with Commissioners Schoonmaker, Dasha Lundy and Courtney Durrett voting for the delay.

The ordinance change then went back to the original motion, sponsored by Mayor Glenn Jacobs and Commissioner Randy Smith, to which Commissioner Terry Hill joined the three in voting “No.”

Chairman Richie Beeler said he had “wrestled with this” and had heard from a lot of people. He said the change might come before the next commissioners who will be seated in September as well as possible legal action.

Smith said that development plans are very technical and that BZA members are not qualified to hear complaints.

The BZA has always heard citizen comments on “use on review” votes by the Knoxville-Knox County Planners as well as comments on development plans. Opponents of the amendment told the meeting that planning commission members are not more qualified to hear technical details than the BZA, which hears challenges to development plans about once a year.

The change would make citizens take their objections to court, which opponents say most citizens can’t afford. The argument for passing the ordinance is that courts will speed up the process in a time when Knox County is suffering from a housing shortage.

With one commissioner, Justin Biggs, absent the hopes of the neighborhood groups for keeping the appeals within the BZA fell short. Voting “Yes” were Commissioners Smith, Beeler, Kyle Ward, Charles Busler, Carson Dailey and Larsen Jay.