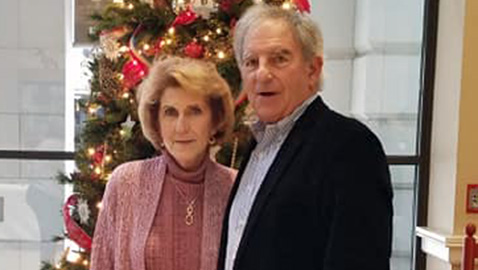 Like most of you I was introduced to Bill Landry while he was hosting the award-winning The Heartland Series on WBIR-TV. Bill has a folksy way of telling a story and proved to be much more than just a host. He assembled around him a crack production crew of producers and writers, among them Linda Billman, Steve Dean, Doug Mills and others.

During 25 years of shows Bill and his crew won four Emmy Awards, six Iris Awards and medals from the International Film and Television Festival in New York. The show was picked up by The Travel Channel and Appalachian Stories.

The series left the air as a regular show in 2009 and returned on a limited basis until 2011. You might still see the series after local news on WBIR, but except for a one-hour retro summery of several episodes there’s no new production.

So you thought Bill was retired, right?

Nope, Bill’s been busy, but I digress.

I was one of those participants featured on Bill’s show in two episodes and worked with him a few times on other projects and episodes. All together Bill did three “Swift Silver Mine” episodes on Heartland, each of three with contributions by me. That’s because several years ago I wrote a book “Swift’s Silver Mines and Related Appalachian Treasures.” The book was a summary of treasure legends in our multi-state region.

When he and his crew were shooting the “Swift Silver Mine” series we were everywhere.  We shot at Jellico’s baseball field for a metal detector contest and speakers; we went to Frakes, near the Kentucky state line, and to Bridge Rock, a natural arch high atop Pine Mountain. Few TV viewers understand how much work Bill and his crew put into each short episode of that series.

Bill loved the “lost treasure” shows he did and said he got a huge response from people about them. He’s followed that “Swift” legend on his own and would be ideal for the part of the main character if anything ever becomes of the legend as a movie or television show.

Now and then Bill and I would have lunch together with friends like Jellico’s historian Roy Price or former TV anchorman Bob Gray. All four of us were into history and lore and those lunches were great for sharing stories.

Sometimes I’d run across Bill at a community fair, book signing, or festival. Bill got the writing bug and became involved in the restoration of the historic theatre in Harriman. He published several popular books including “Appalachian Tales & Heartland Adventures.” In that first book Bill recounted the characters he met during production and included a photo of me, Roy Price and Jim Whidby, three old caving guys featured in different shows. I remember talking with him before the book was published and, having published one myself, giving him some guidance, although he needed very little. Bill’s an extremely talented guy. Every now and then we’d bump into each other while out and about and it’s always nice to spend some time with him.

As I have kept up with Bill he has done likewise.

“I’ve been keeping up with your stories pretty regularly, enjoying them too. But actually just wanted to write and thank you for your time and friendship over the years,” Bill wrote last year shortly after I received the Historic Society’s “History in Media” Award.

I recall going with Bill and his crew following the cancellation of Heartland with a proposal I helped set up with another local Knoxville TV station. I had lined up a potential sponsor and we were all prepared but ran into what it actually costs to do the production and get the sponsors necessary for a weekly show.

Bill was also gracious enough to help one of my sons in his Pellissippi State thirty-minute video production, acting as host. We met at Sequoyah Birthplace Museum and Bill worked from a script my son and I had prepared. He was reading the script when he got to a part I had penned. He looked up and asked, “Who wrote this crap?”

He was kind enough to re-write that part and go on with the unpaid part he played in the video production.

Bill has continued to make public appearances and has done one-man shows as Albert Einstein, as a riverboat pilot “Captain Nat” and other characters. He continues to write and his other books include “Tellin’ It for the Truth,” “Buddy:  Dog of the Smoky Mountains,” and his latest, “When the West was Tennessee.”

“When the West Was Tennessee” was Bill’s topic as he spoke to the East Tennessee Historic Society last week. The book includes everything from the Cherokee to early pioneer days of our state, written from his research and his years and encounters during his TV series as only Bill Landry can tell them.

His latest book will be available at the East Tennessee History Museum. You can find the books online at Celtic Cat Publishing or even on Amazon and other book sites.

Although Bill says he’s relocated to Myrtle Beach, South Carolina, to be near his son, don’t be surprised to see him out and about locally, either at a book signing, festival or just dining somewhere. He’s never shy about signing an autograph, especially when that signing occurs inside one of his books.